It's official, the Hedges have typhoid. Well, maybe it's not official but, we do have typhoid. Just a little bit of typhoid, like we don't even feel bad at all, little bit of typhoid. Yesterday, we took our first dose of the oral version of the typhoid vaccination. We were pretty paranoid about it because apparently a little bit of the live virus is contained in the pills in order to inoculate the taker of the pills against the fevah. There are other side effects of typhoid but the Black Keys didn't sing about them so fevah is the only one I'm going to mention. Prior to these pills we have also both received Hep A and B boosters, MMR, tetanus, D-Tap vaccinations. We also have malarial pills and traveler's diarrhea pills. Traveler's. Diarrhea. Yeah, it's gonna happen. We are already bracing ourselves for the inevitable, uncomfortable bout of diarrhea in a traveler's hostel... maybe that will be one of the nights that we stay in a Marriott...?

So, we have less than a month left in the United States. Crazy? It is. This past weekend we were packing like little chipmunks and, luckily, have most of our stuff ready to be loaded onto the Uhaul. There is nothing like planning for a trip like this that makes you realize how much STUFF you have. I already have two plastic tubs and one garage bag full of clothes. I anticipate to fill at least two more bags. I told Jared that if I ever complain about not having something to wear that he is to remind me of these 'packing all your stuff into a storage unit' days. I'm sure I will regret that later. We were also lucky to spend some time with some great friends this past weekend. Since we have been to Texas, we have been a part of the CrossFit Bolt community. Despite injuries which have kept me from regularly attending classes, we are both still very thankful for the positive and genuine experiences we have had both with the people and with the exercise.

Less than a week left in Texas, it is bittersweet as we say goodbye to our friends here and I leave a job that I truly love. But don't worry about us, we'll be back. Cheers, Texas! 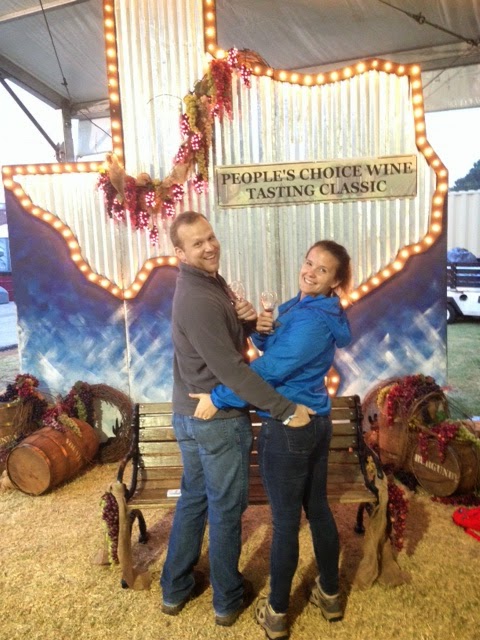