I can’t think of Malaysia without thinking of this:

Pic from Here
I'm thinking that my mental image will change after we finish our visit to something a little less insensitive and more reflective of the country and culture. I don't know about Jared though, he might always see blue steel and hear "Relax, Don't Do It."
Our first day in Malaysia was spent traveling across the border, then settling into our hostel and beginning a leisurely exploration of Malacca (or Melaka). We started our expedition with chicken rice balls.  Based on the name, we were expecting chicken and rice rolled into a ball. Sounds fun! Alas, it was chicken bits separate from balls of rice.  It is a local staple and it was tasty but not something I think we will be craving after we return to the US. We then proceeded to our historic walking tour: We visited the Cheng Hoon Teng Temple, which is the oldest Buddhist temple (with inscriptions from the 15th century) in Malaysia. It was unlike some of the other Buddhist temples we visited; we didn't have to take off our shoes. Jared thinks it became too difficult to enforce the rule with all the tourists visiting. Who knows, either way it is a beautiful building and we were honored to be observers as some of the monks performed a prayer ritual. 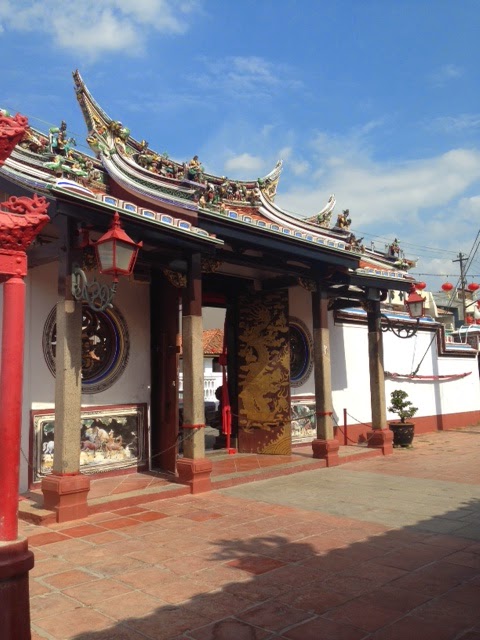 Main entrance to the Temple 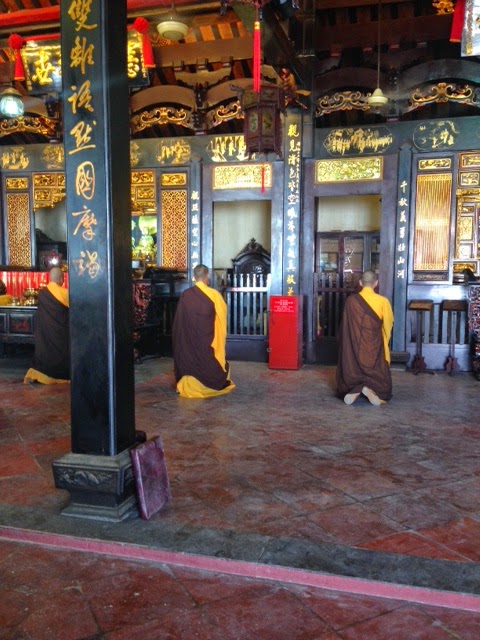 Monks performing a ritual
We continued walking and passed a mosque, the old Dutch graveyard (Malacca was colonized by the  Dutch), and then climbed the hill to St. Paul's Church where we were treated to a view of the city and saw some more cool old ruins. 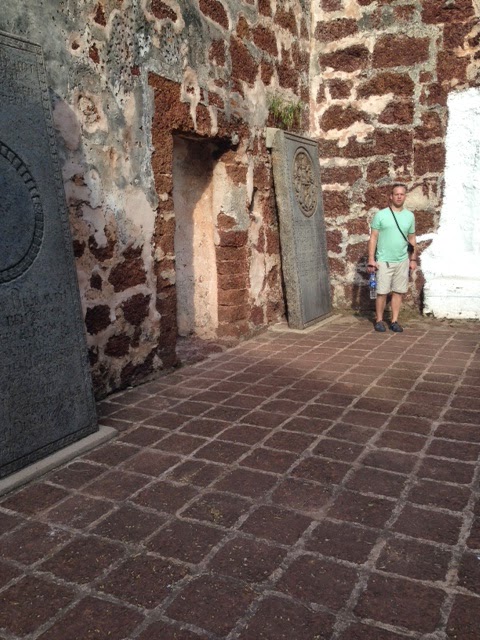 I made Jared stand in the corner 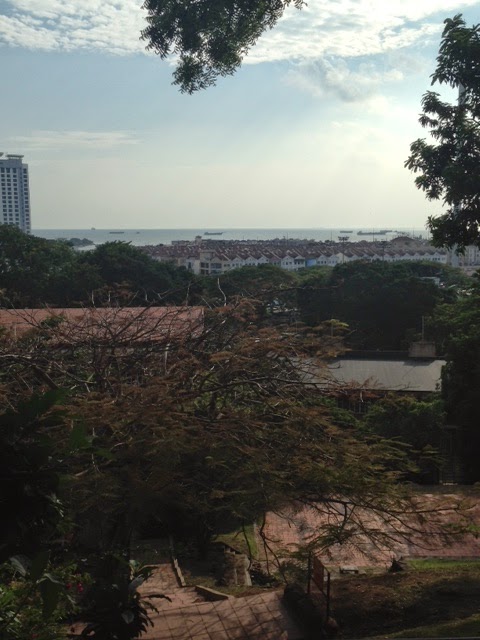 View of the sea and some of the tiled rooftops
While we were away meandering through the city, the streets near our hostel transformed. The neighborhood turns into a street market at night when all the shop owners move their wares and food into the street. It seemed like a completely different city by the time we got back. We also found a fun sign that proves Texas influence has no borders. 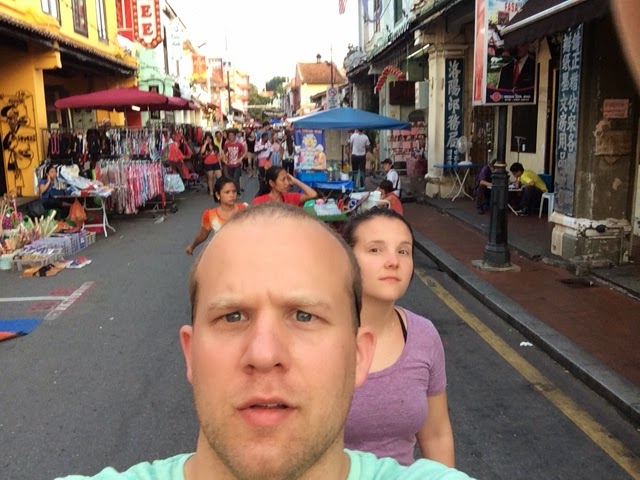 The beginnings of the street market on Jonker 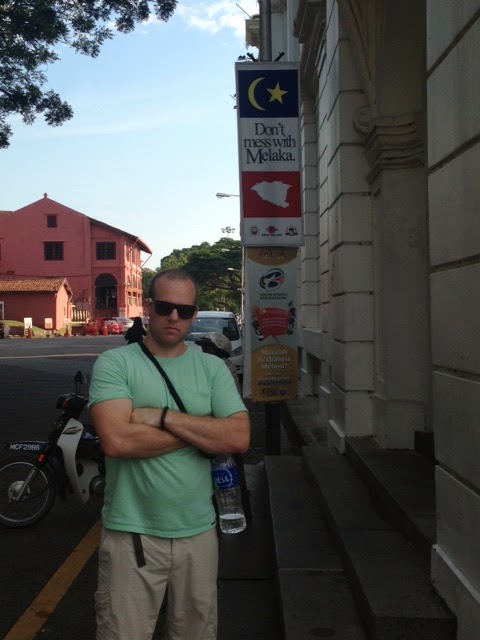 Messin' with Melaka since 1985
(*Grammar note: we have seen Malacca and Melaka)
We finished our evening with a lovely, large bowl of laksa. I'm not a real foodie so I don't really know how to describe laksa. But here is a picture and it was as delicious as it looks: 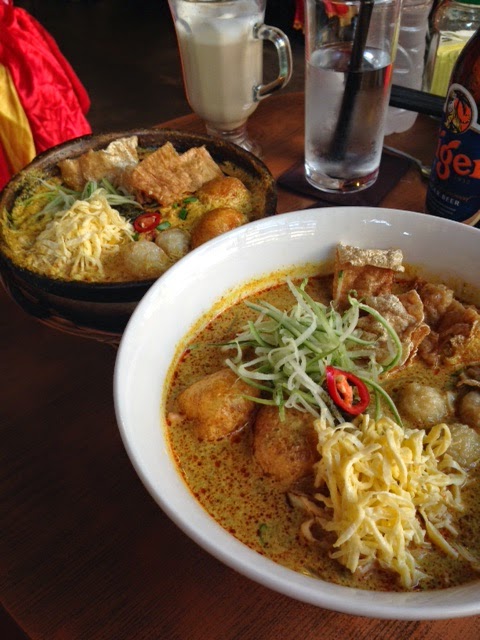 A lot o' laksa in Malacca
We finished the evening by trying to watch Dr. Who on Netflix (I know, I know) but something with our VPN was messed up so we weren't able to watch an episode without buffering. Gah, #firstworldproblems in a not first world. Anyway, we leave today for Kuala Lumpur, or just KL as the Malaysians say.﻿
﻿
﻿
﻿