We left Malaysia with no regrets. It may even be a place that we visit again. We found that the Malay people were kind and the food was fresh and delicious. But, who could resist this sunset: 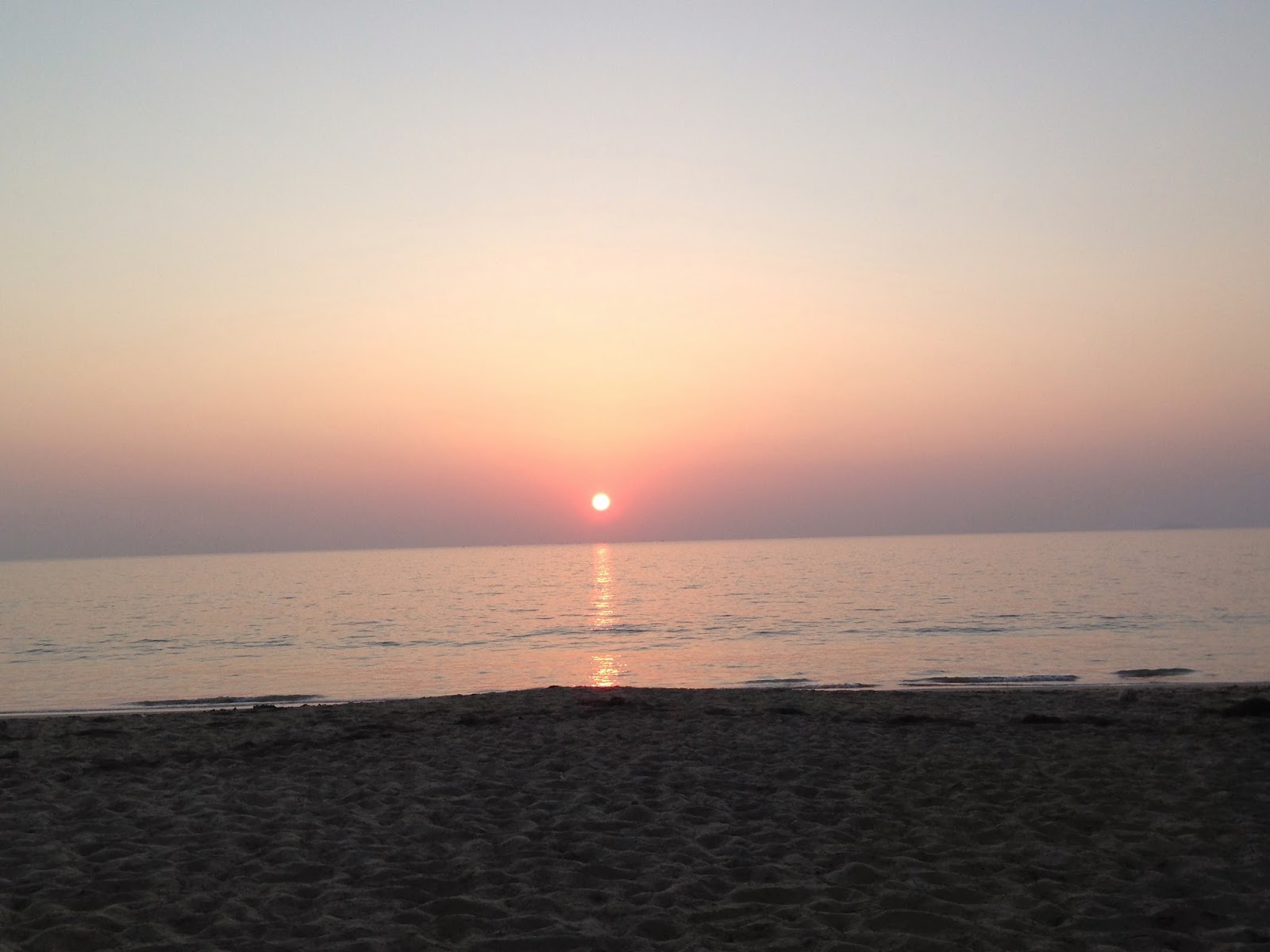 Sunset off the beach of Koh Lanta
Our first day in Thailand was pretty much all travel. It took us about 4 hours to get to Hatyai which is a city across the border that kind of acts like a hub to all the other cities in Thailand. You can find a bus to pretty much anywhere and the train to Bangkok stops there as well. From the Hatyai bus terminal we took a tuk tuk to the Minibus terminal... yeah... who knew minibuses get their own terminal? We sure didn't. So, that led to our first tuktuk experience. It was interesting to say the least. We obviously survived and have since survived several more tuktuks. After that tuktuk a minibus took us to Trang were we stayed for the night. There was a little festival going on there and we were able to experience our first Thai street food. IT WAS SO SCRUMPTIOUS. We had fried mussels and some delicious noodles. Actually, after we ate our first helping, we went back for seconds :) Thai food might cause a set back in my goal of losing lbs on this trip. The curry, oh! the curry. 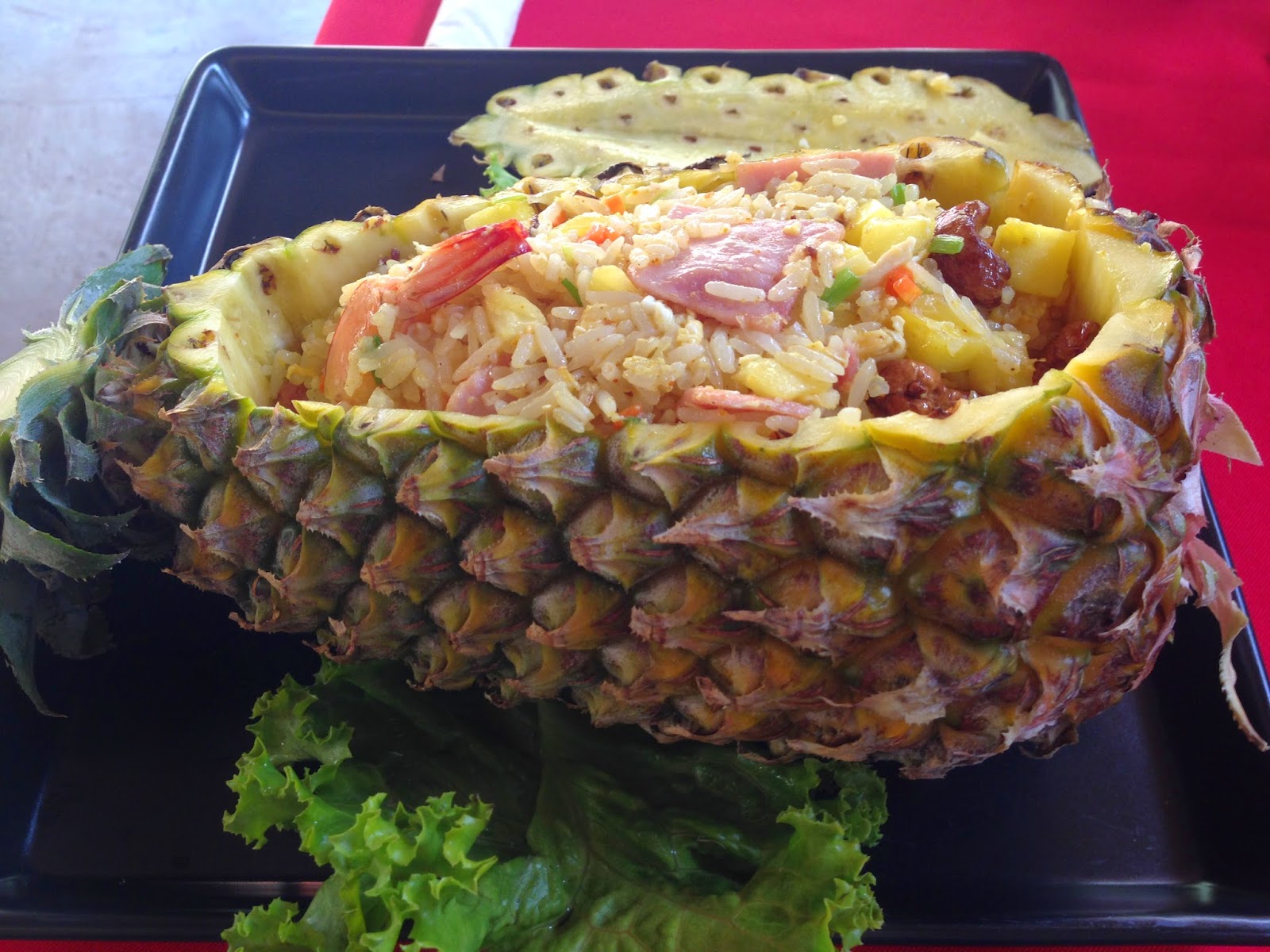 This isn't curry but a baked pineapple with rice, shrimp and of course- pineapple! 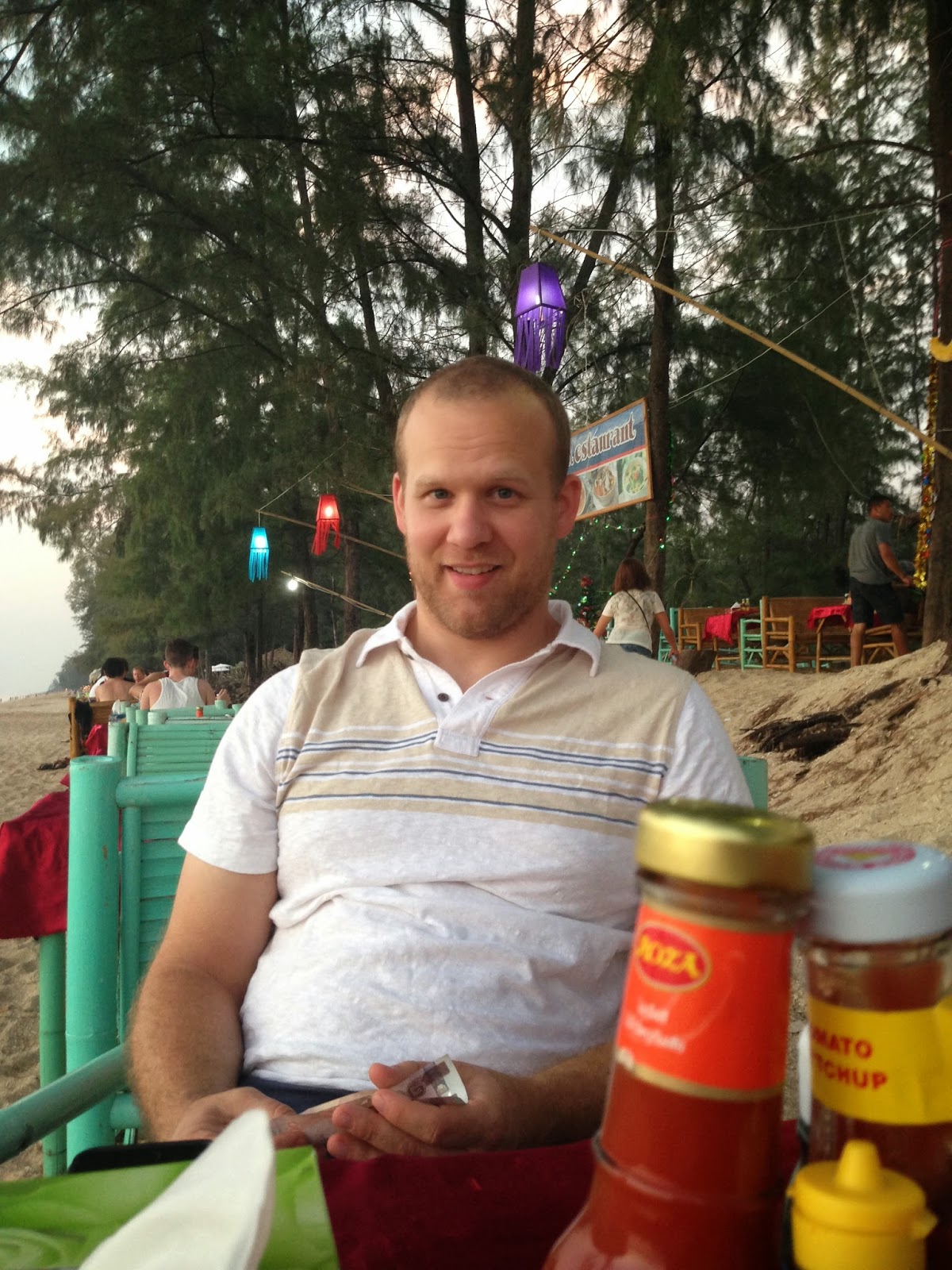 One of the last pictures of Jared in his 20's
Plans didn't go exactly... as planned. What was going to be a day of yummy food and snorkeling turned into a day of taking it easy and relaxing. Being sick is no fun. Being sick away from home is the least fun. My poor husband came down with cold like symptoms on the way to Koh Lanta and rested the first day and just did enough to see the sunset with some roasted cashews. The next day, his birthday, he felt even worse. He made it to the beach for about 30 minutes and then had to come back inside. All his meals were eaten at the hostel and we were able to stream (luckily!) a movie to watch. In bed by 9:30 and lots of water and some cold medicine. Due to him not feeling well, we decided to prolong our stay here until at least Wednesday (hello, freedom, again!). We will properly celebrate his birthday when he feels better. At one point during the day he apologized to me and when I asked "What for?" he said, "I know you love my birthday more than me." Ha, it is true. I get a kick out of planning fun things and spoiling him. He is a trooper though and I have to admire his spirit. There are lots of different attitudes he could have adopted and he has been positive and continues to put up with me being the bossy wife making him drink lots of water.

While he has been resting, I have been keeping myself occupied (when not tending to him) with beach sitting, reading, eating and I got a manicure. One of the aspects of travel both Jared and I are interested in is the interpersonal opportunities it provides which are not common in our daily working lives back home. During my manicure, I was able to chat for awhile with the lady who did my nails. She is 28 years old and owns her own shop here on Koh Lanta. In which, she not only offers a variety of spa services but also sells her own art. When she is not here working during high season, she is back home in Bangkok where her mother, older brother and younger sister live. She loves shopping in Bangkok and can find really awesome wholesale deals. When she was ten she was able to visit the U.S. and she saw the Grand Canyon. She explained she has not been back since then, partially because it is so difficult to get a visa. When I commented on my slight sunburn she asked, "Does everyone in the U.S. want dark skin too?" (I assumed the 'too' was in reference to the large number of Swedish people who frequent the island.) I said, "yes, some do" and explained tanning beds. She said that Thai men prefer lighter skin and that when she and her friend (who has lighter skin) go to the mall, the men will whistle at her friend and not her. I told her that that was crazy because she is very beautiful. Because she is. Hearing about body sensitivity from a woman in another culture with a different perspective of beauty causes you to reflect on the validity of your own standards of beauty. Also, seeing lots of older Swedish women in bikinis and men in speedos has a similar (although not as potent) effect. Ok, end introspective cultural analysis. But, check out my nails: 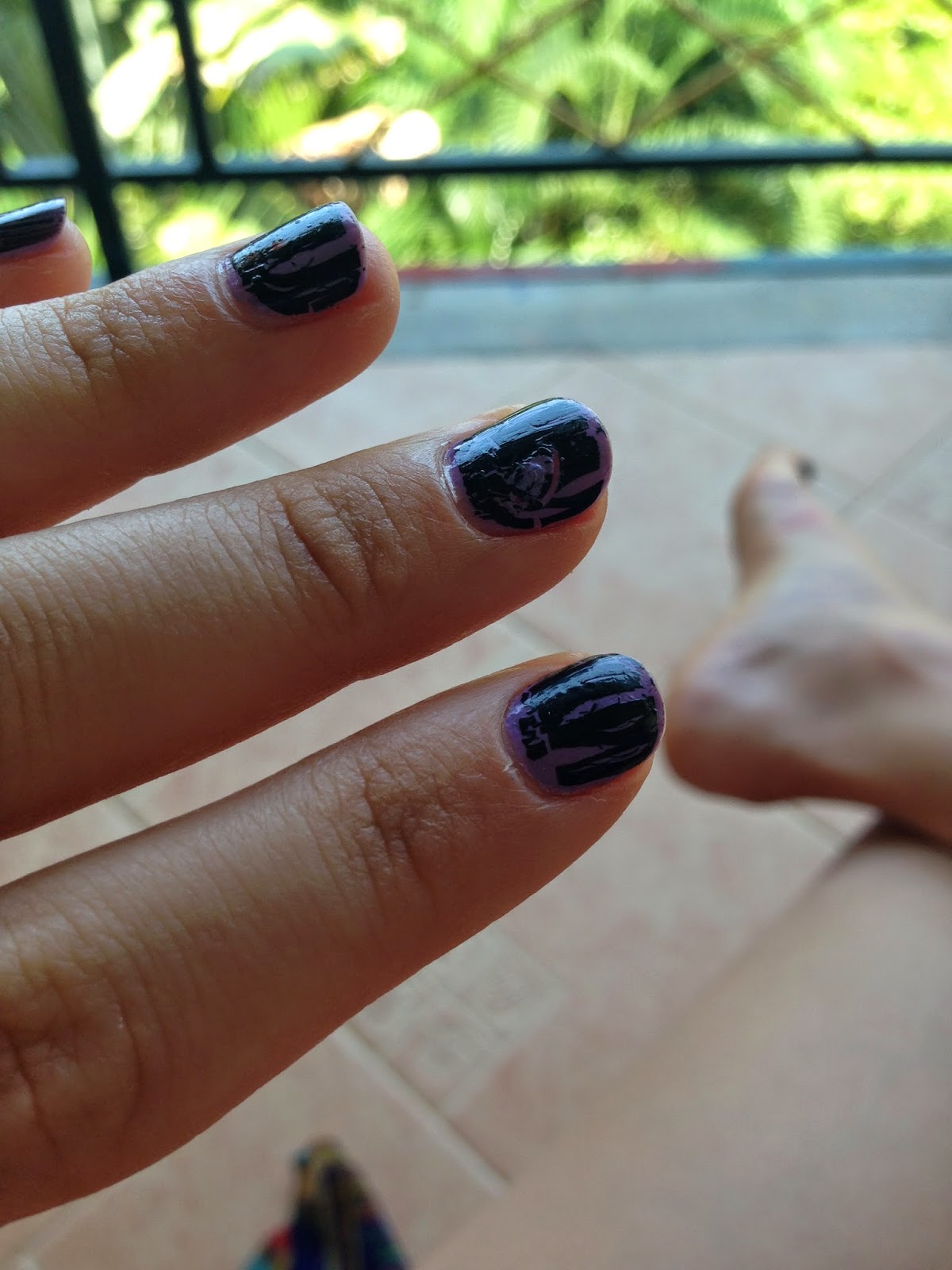 So far, Koh Lanta has not been what we planned. But, sometimes nature makes plans seem futile. We will continue with the convalescence as long as is required and then return to our Thailand island adventure. Just another reason we are thankful that we have so much flexibility with our time.
Posted by Christy at 3:03 AM