The hot, hot, tropical sun makes it difficult to stay occupied during convalescence. Feeling weak and being out in the sun or in salt water just further depletes your energy resources. Therefore, we watched quite a bit of Netflix when we were able to stream and the Bourne movies, which we downloaded, when streaming wasn’t possible. Jared felt well enough to use part of our Christmas gift from his parents to go snorkeling at Koh Haa on the 29th. Koh Haa is a group of 5 small islands which are part of the Ko Mu Lanta National Park. Sidenote: We have seen ‘koh’ spelled both with and without an h. This word means island in Thai. So, whenever there is a Koh ___ that means island. For instance, we were just on Lanta Island. We are now going to Phi Phi Island (pronounced pee pee; yes I giggle inside every time I say it). Here are some of the pictures from our snorkeling adventure. Thanks again David and Jeannie! 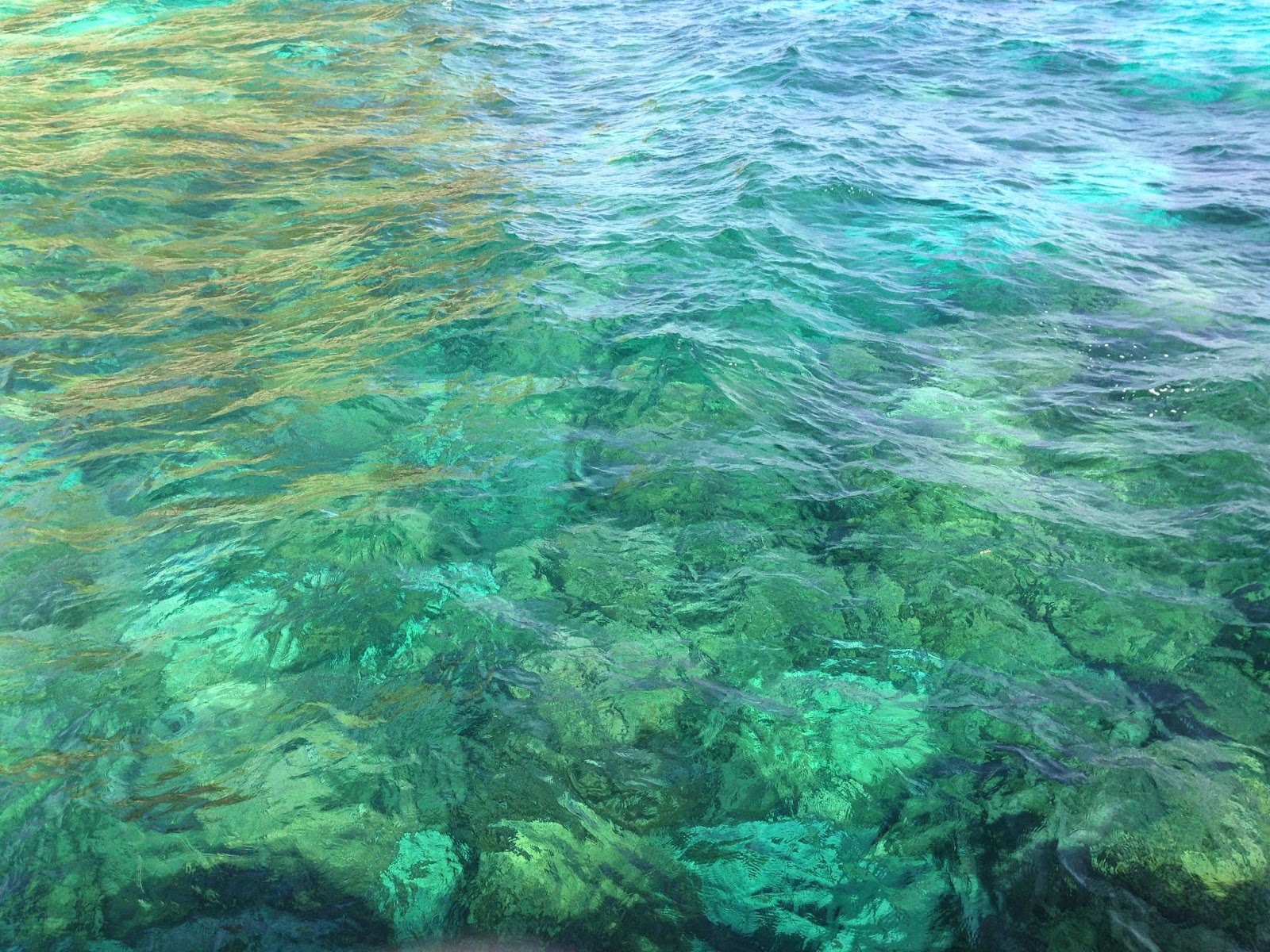 The water was so clear; you could see for quite a ways in all directions. 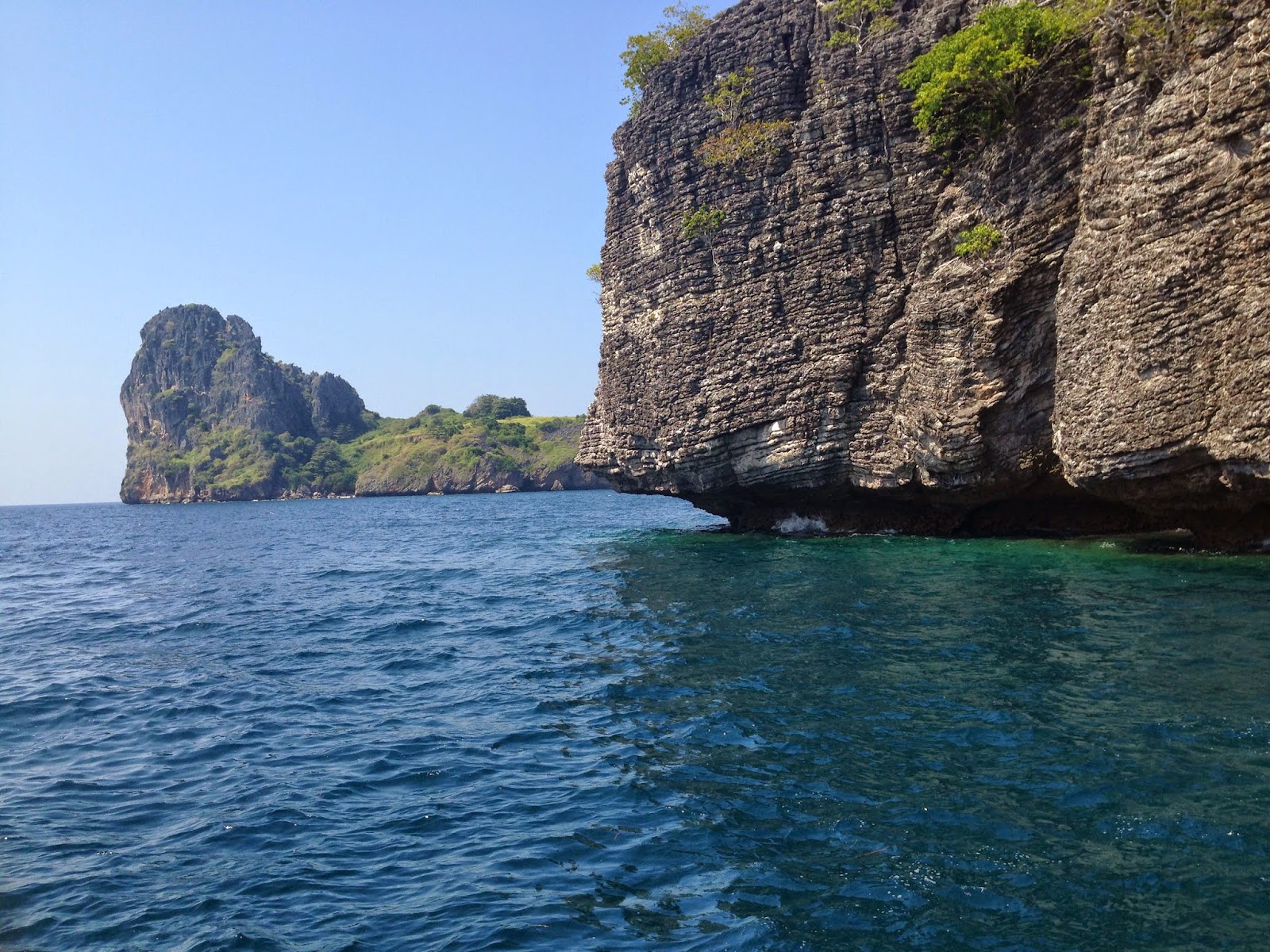 It was around this cliff face that we saw eels hiding and swimming. 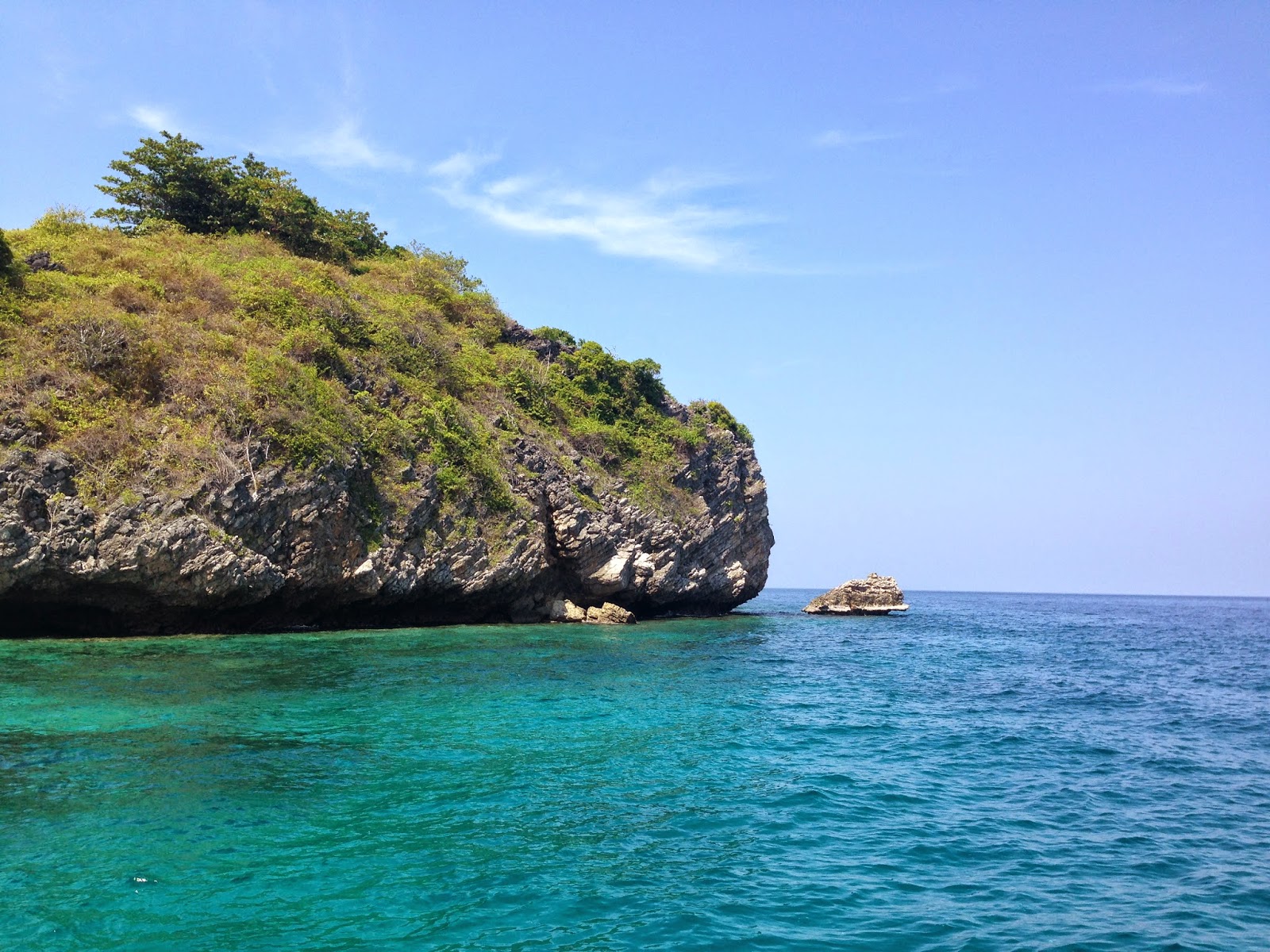 Turquoise water. It was nice and cool to swim. 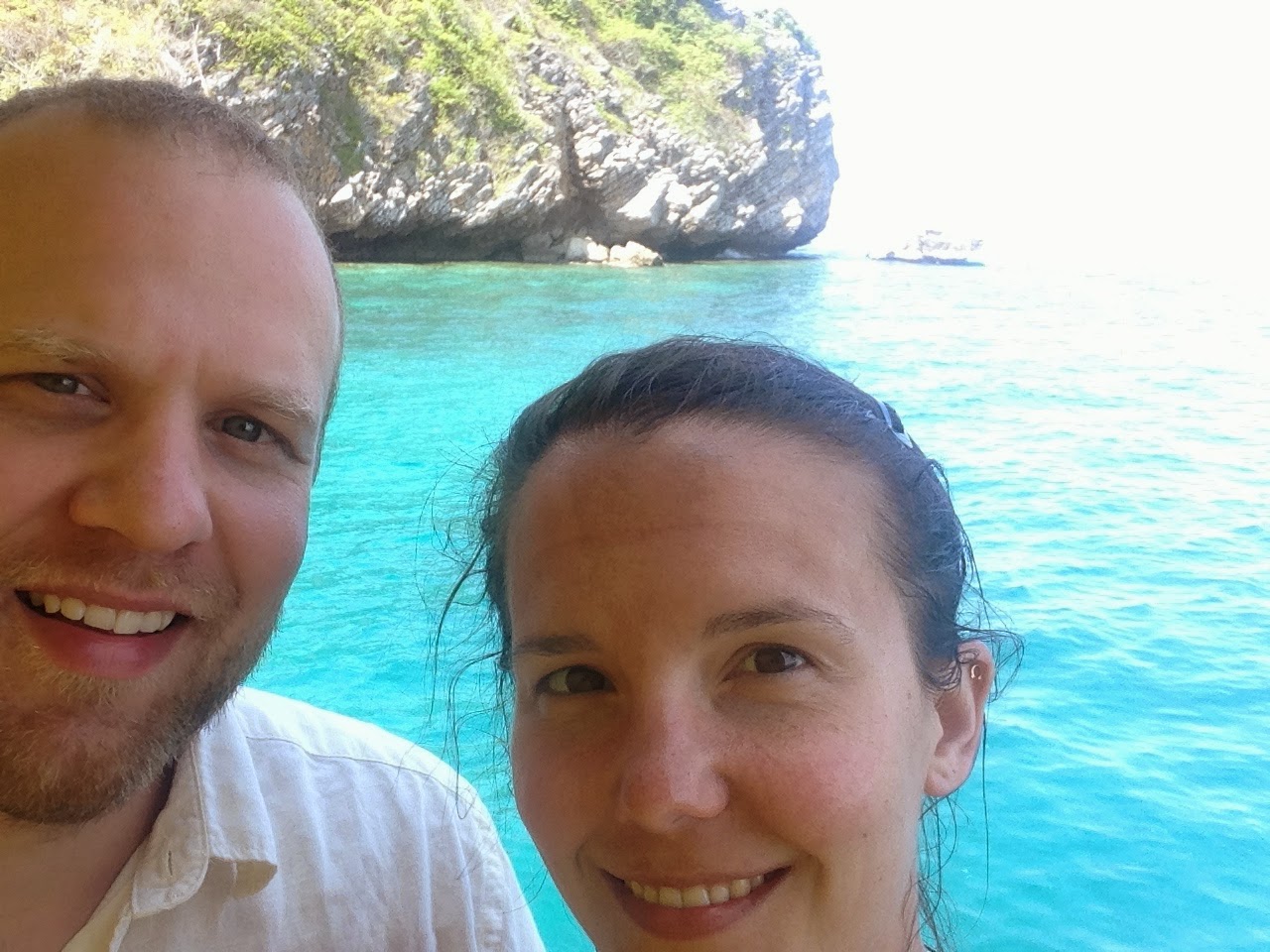 I have a bit of a goggle outline on my forehead..
Overall, Koh Lanta is a nice, peaceful tropical island which has developed a tourist economy centered around European preferences. The influx of Westerners during high season seems to have dampened the Thai culture. As a result, the shops, restaurants, and advertised activities are tailored to Western expectations. In the previous post, when I mentioned the large number of Swedish and other Europeans we saw, that was not an under-exaggeration. During an hour of sitting on the beach, at any point in time, we could look in all directions and see only tourists. There were several restaurants which advertised Swedish food and despite the Thai culture which seems to prefer to start the day around 10 am there were places opening at 8 am to serve ‘Western breakfast’ (I would be lying if I denied that Jared and I were waiting for them to open on a couple occasions- we do love our breakfast). We did not do much exploring and besides our snorkel trip we did not go beyond an 800 m radius of our hostel. However, if there were a place that we had to choose for one of us to be sick, Koh Lanta did not suck. With a pharmacy on every corner and several international health clinics (we did not have to go to one but it was nice knowing they were there), it made the healing easier than it might have been.


Another note on Koh Lanta, the number one rated activity on Tripadvisor is actually their animal welfare center. We did not go there but we noticed a difference in the apparent attitude of the Koh Lantians towards animals. All the dogs and cats we saw were clean and appeared cared for. Most also had collars and were friendly and well behaved. Here is the little kitty that stayed at our hostel: 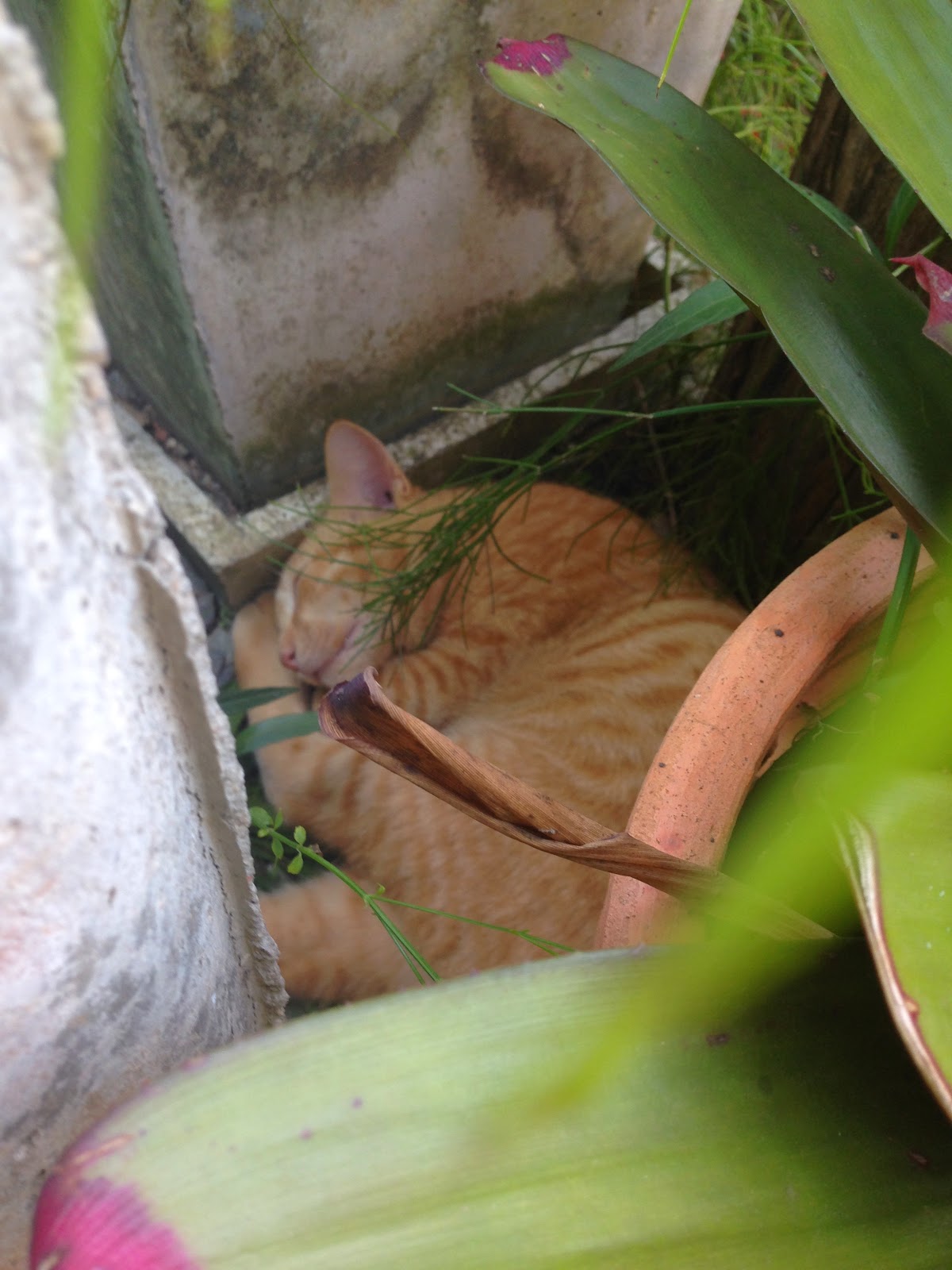 
He would curl up in the shade of the plants during the day and then come out and play in the mornings and evenings. His crazy cat antics put a smile on my face and I will miss looking for him as I come and go. There were also twin boys that lived next door. One day, they were leaving as I was returning and one saw me and smiled real big and started waving. He ran to me and gave me a hug. Melted my heart, little cutie patootie.