After Jeremy took his leave and we mourned the departure of our third farkle player, we hopped on a bus to Ninh Binh (Ning Bing). Now, as was obvious in Hanoi during a few of our excursions, I am a much more relaxed planner than Jared is (which may surprise some who know how much I love to plan). This in combination with the fact that we had become accustomed to traveling with access to data and therefore instant real-time map updates, led to a humorous experience upon our arrival in Ninh Binh. I had found a hotel for us but did not make a reservation nor did I think to pre-load a map of the location. All I knew was that it was supposed to be 400 m from the bus station near the center of the city. That’s an easy walk! So we get off the bus and Jared is all “So. Where to now?” and I’m all like “Uhhh, how about this way…?” We cross a few streets and I navigated us in the direction that I felt the hotel would be, the growing frustration ever apparent on Jared’s face. As we are about to cross yet another street during our directionless journey, a man on a motorbike stops and asks us if we are looking for something. I said, "yes!" and showed him the name of the hotel. As a big toothless smile spread across his face he exclaimed, “That’s my hotel!” and showed us his business card as proof. We then got a free ride on the motor bike back to the hotel and all Jared could do was laugh about it and comment on my luck. We had originally planned to go to a nearby ancient village that evening but decided that neither time nor weather were conducive to the journey. Instead, we planned the next few days and went to the train station to purchase our tickets for onward travel.


The next day we booked a car to take us to Cuc Phuong National Park. This park has a primate center and a turtle conservation center on the grounds. Both were small but it was interesting to see different primate and turtle species in the context of conservation and rehabilitation. We went first to see the cave of a prehistoric man. It was actually quite spacious and we decided that the Prehistoric Hedges clan would have been able to live quite nicely inside the ancient walls. Next, we journeyed for 3 hours through the rainforest to see a thousand year old tree. Since we were in the rainforest, it was only appropriate that it rained on us the entire 3 hours. Good thing we were feeling especially positive that day because we were still able to enjoy ourselves despite the rain. 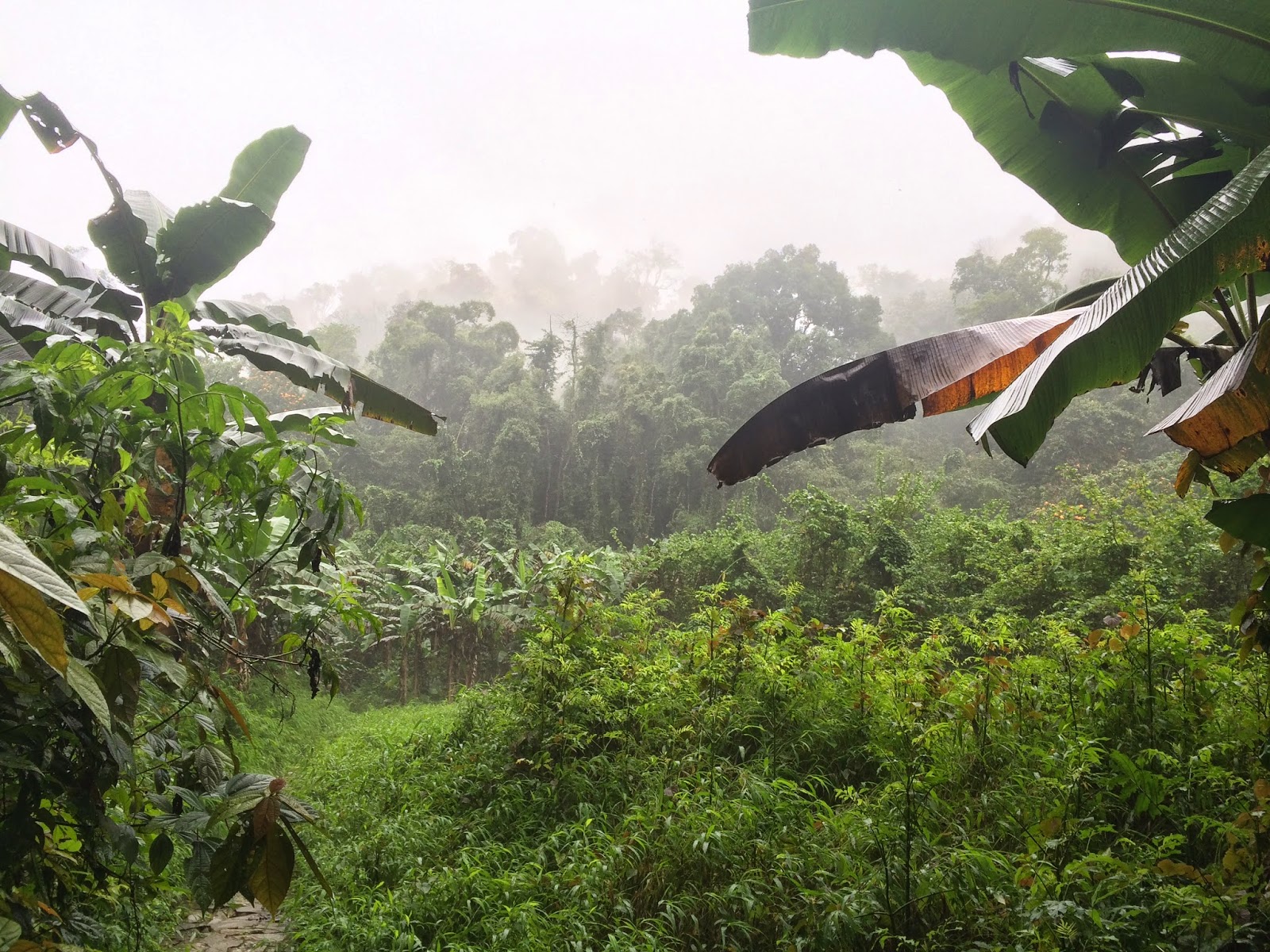 Look at all that lush green 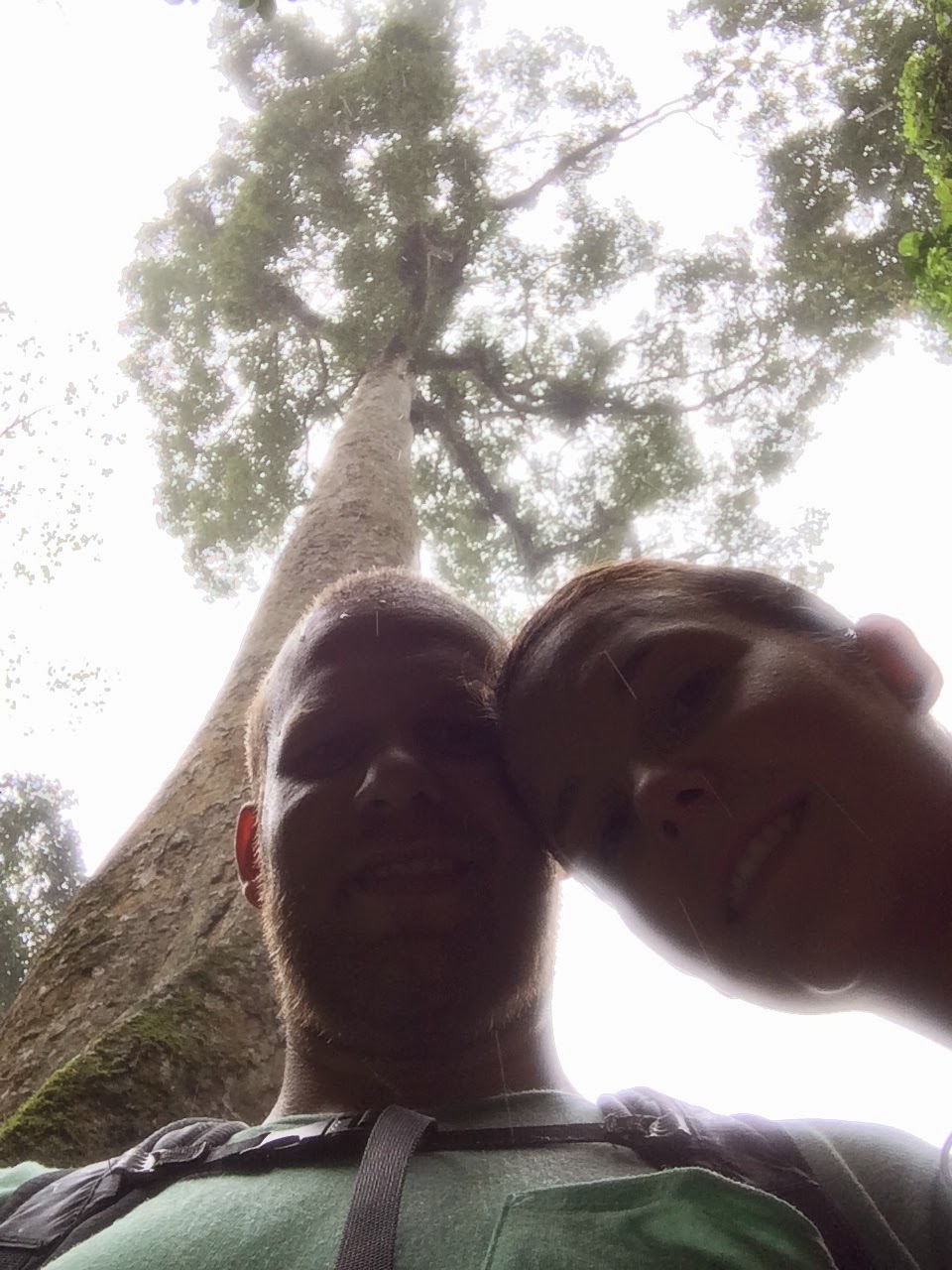 Here's lookin' at you, tree.

Part of the appeal of Ninh Binh to tourists is an area known as Tam Coc. Here, it is possible to ride a boat powered by lady rowers through rice paddies to see the karsts (similar to those in Halong Bay) rising from the green. Our second day, Jared and I opted to rent a motorbike and ride first to the ruins of a 10th century village and then to Tam Coc. We did not take a boat ride but instead walked around the little village and stopped along our drive to take pictures and admire the view. We also found an old pagoda that was near a hillside and had a shrine in a cave. On our way to this pagoda, we got a flat tire. We were not exactly sure how to proceed in such a situation so we called our hostel owner and asked him. He instructed us to just take it to a shop and get it fixed. Oh, sure, no problem. Not only do we not speak the language but neither of us has been paying attention to where such a shop might be. I think the luck of Ninh Binh was still with us because we found a fella with a fix-a-flat shop not 200 meters from where we busted the tire. Something that could have potentially ruined our day was easily solved and we were on our way once again! It was one of our favorite days so far and we enjoyed the freedom that the motorbike offered as well as the unique and beautiful vistas of the area. There is also a funny anecdote that came from this adventure. As we were leaving the village ruins, we were walking, minding our own business and a group of Vietnamese teenage tourists came upon us, walking in the opposite direction. At first there were a few giggles and some fingers pointed in our direction. I looked over my shoulder to see if something was going on behind us; there wasn’t. The few giggles quickly progressed into full fledged teen fan shrilling and we were surrounded by the group with multiple requests for pictures and shouts of “You so beautiful. You so handsome.” We obliged, of course, how could we deny the fans? It was the most surprising and overwhelming reaction to our other-ness yet. I have to admit, it made me feel like a movie star for the 5 minutes that it lasted. Soon I’ll be dealing with paparazzi and autograph requests, it’s a tough life- to be white in Asia- but someone’s gotta do it. 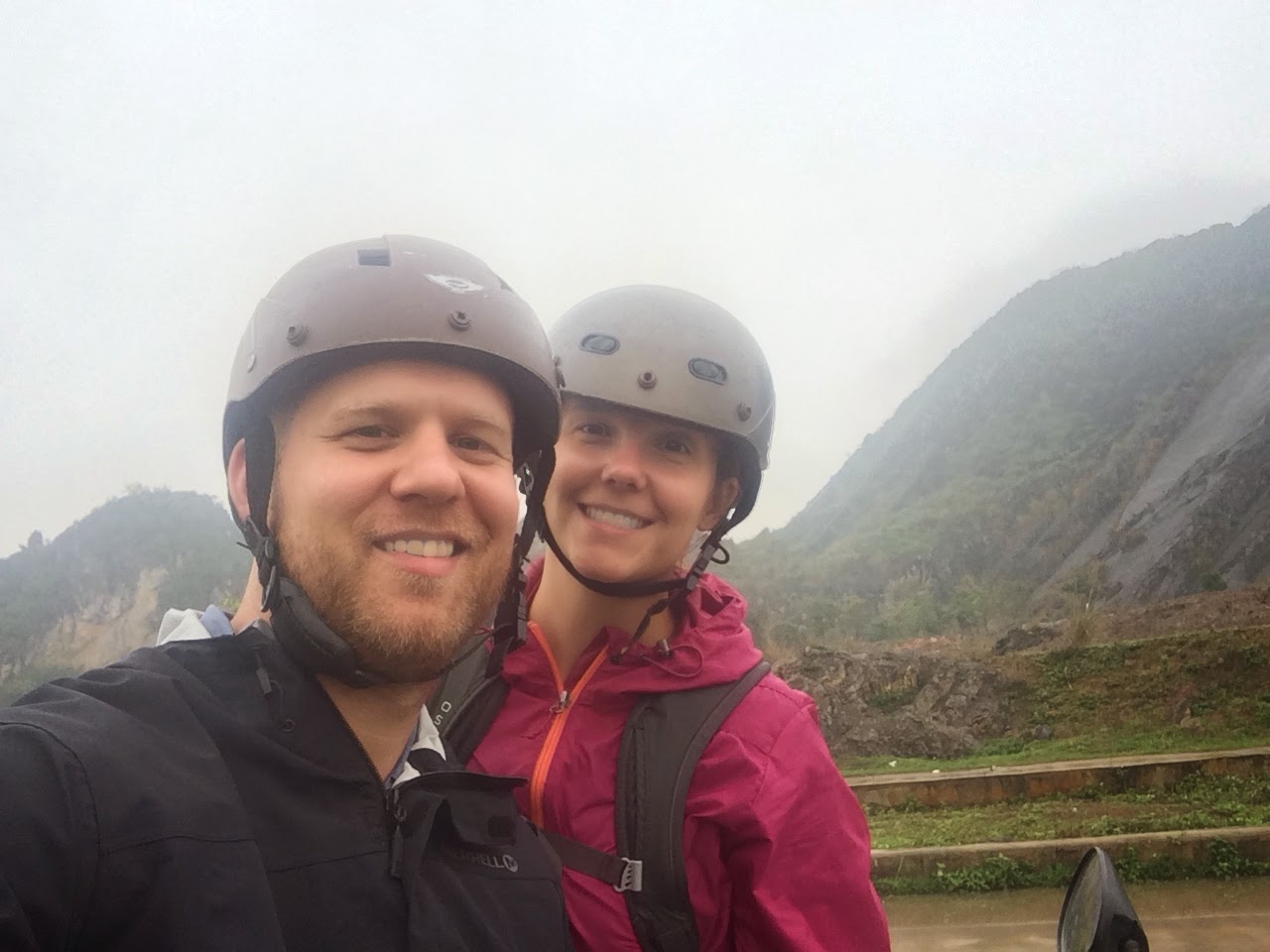 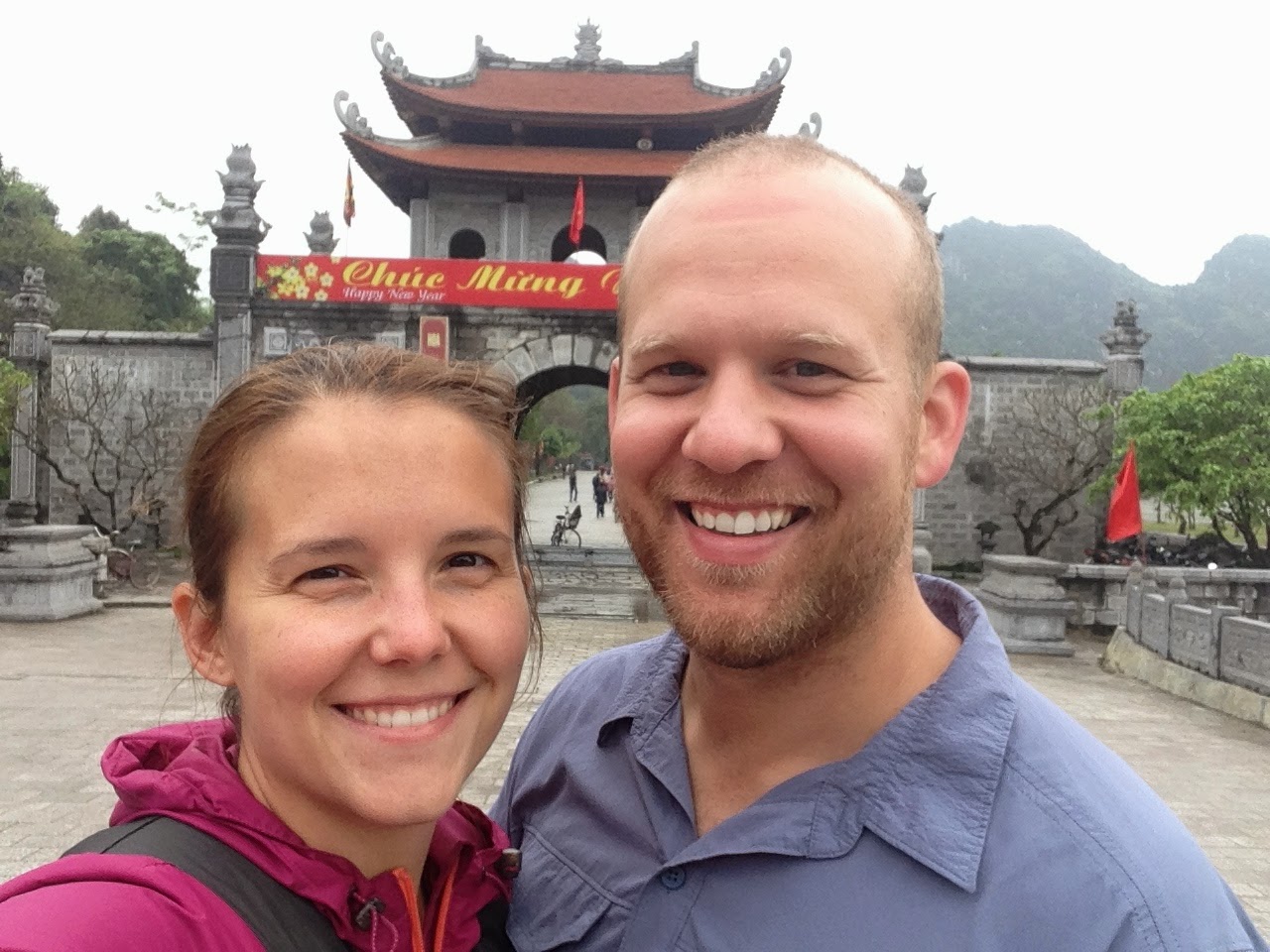 This is on the bridge where we rose to instant fame 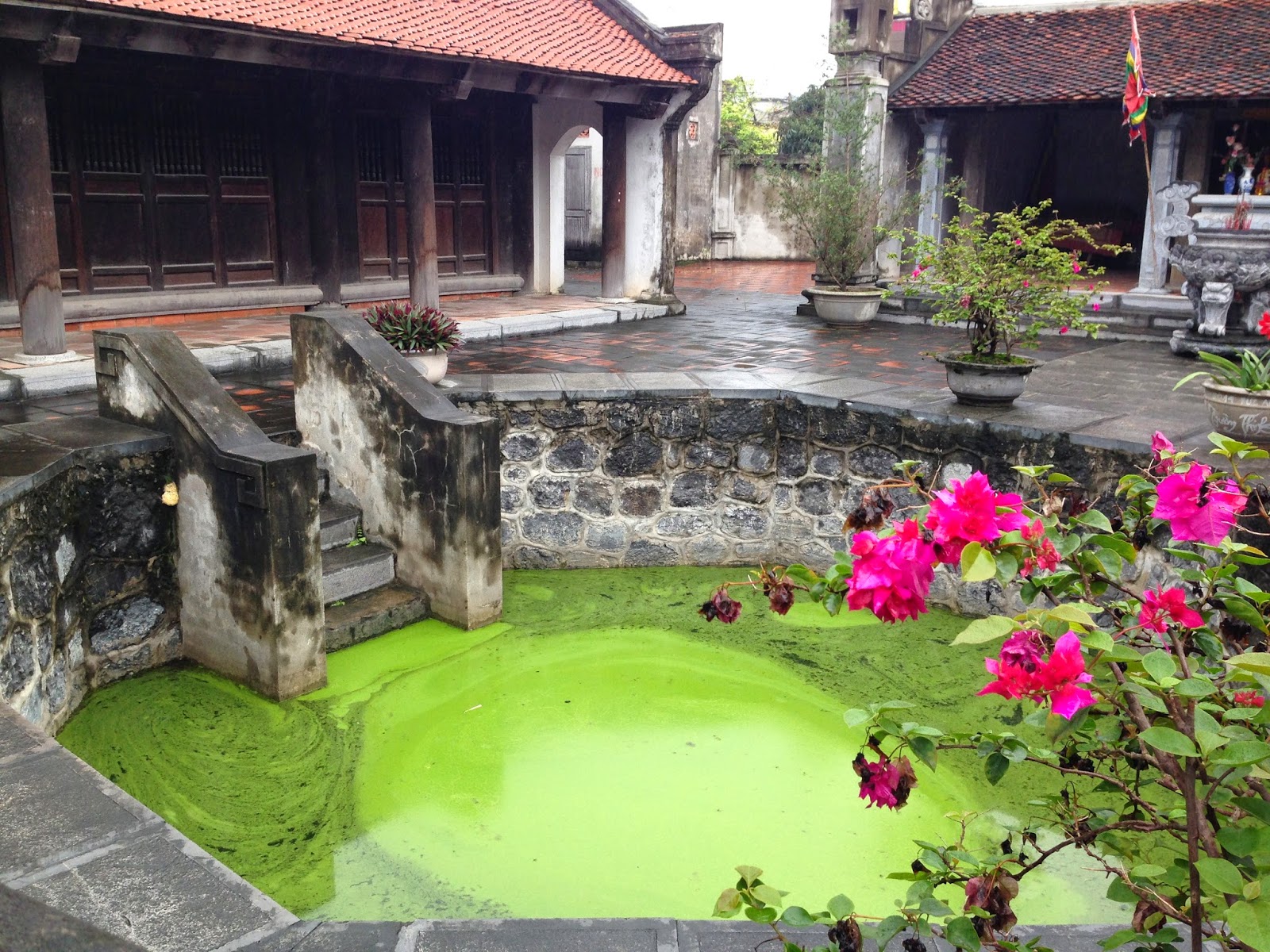 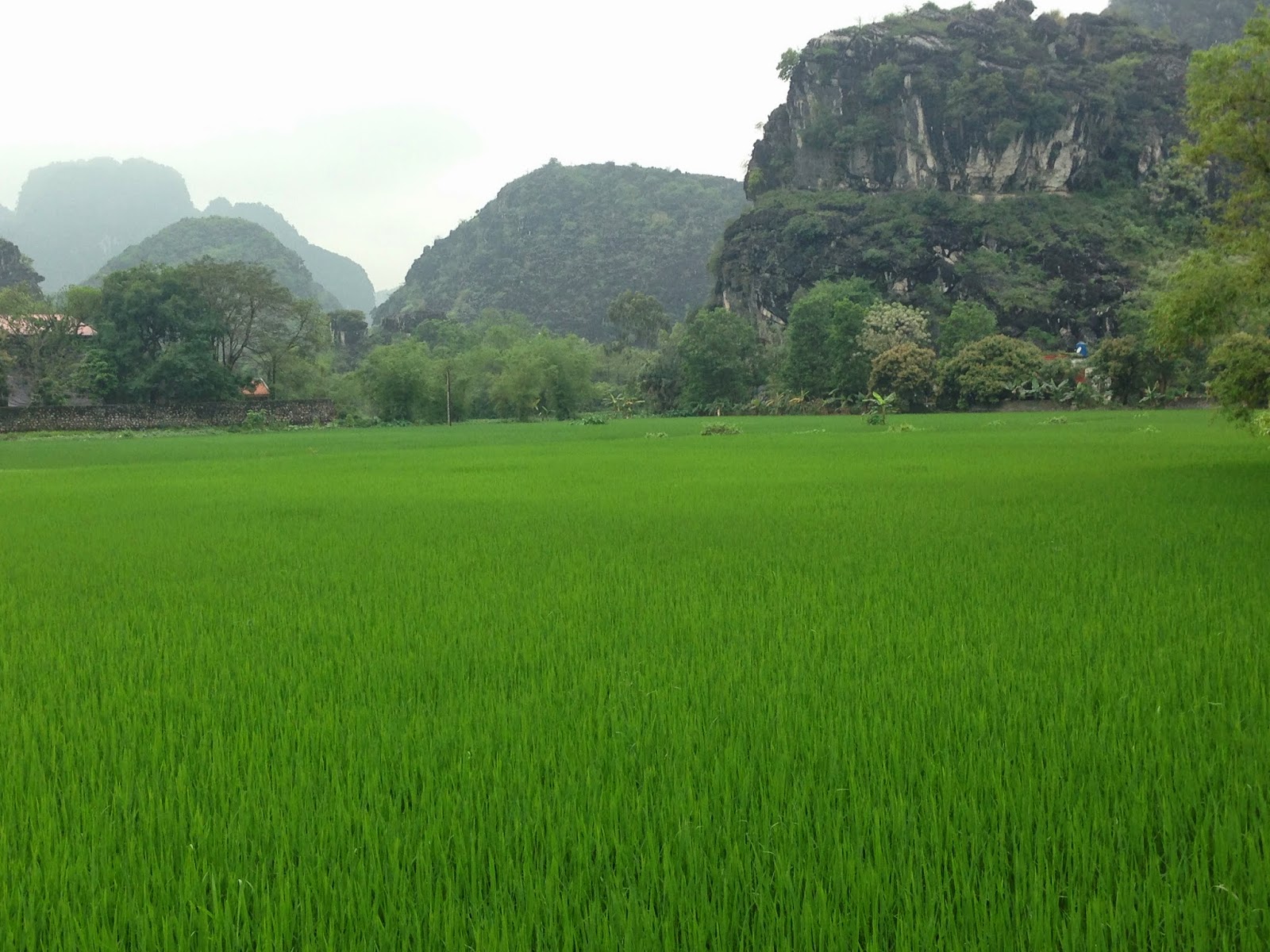 The rice fields are so luscious; they beckon to you to take off your shoes and walk through the fields but then you realize that you would just sink into the mud... 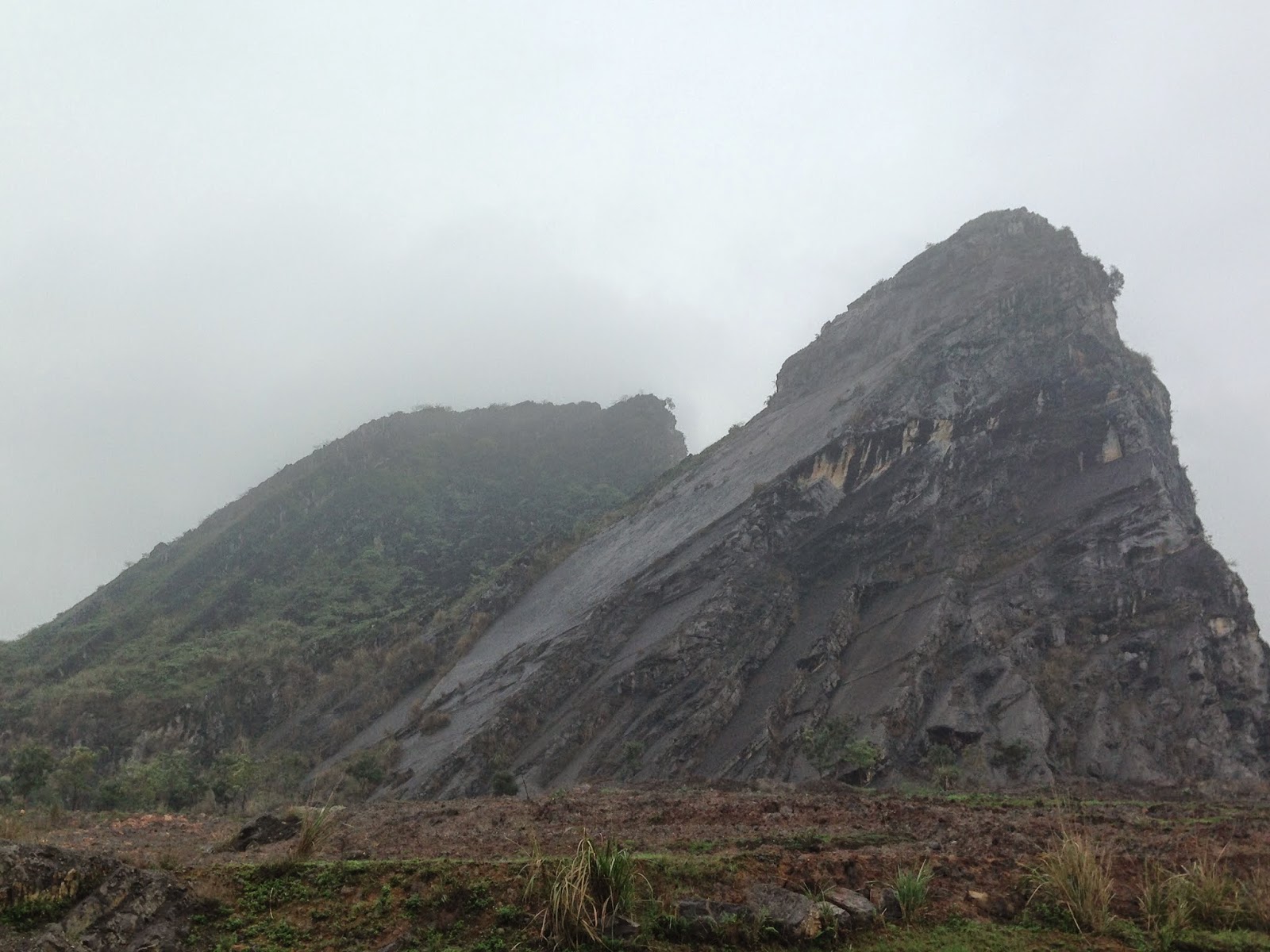 Beautiful flat rock ridge we encountered on our ride. 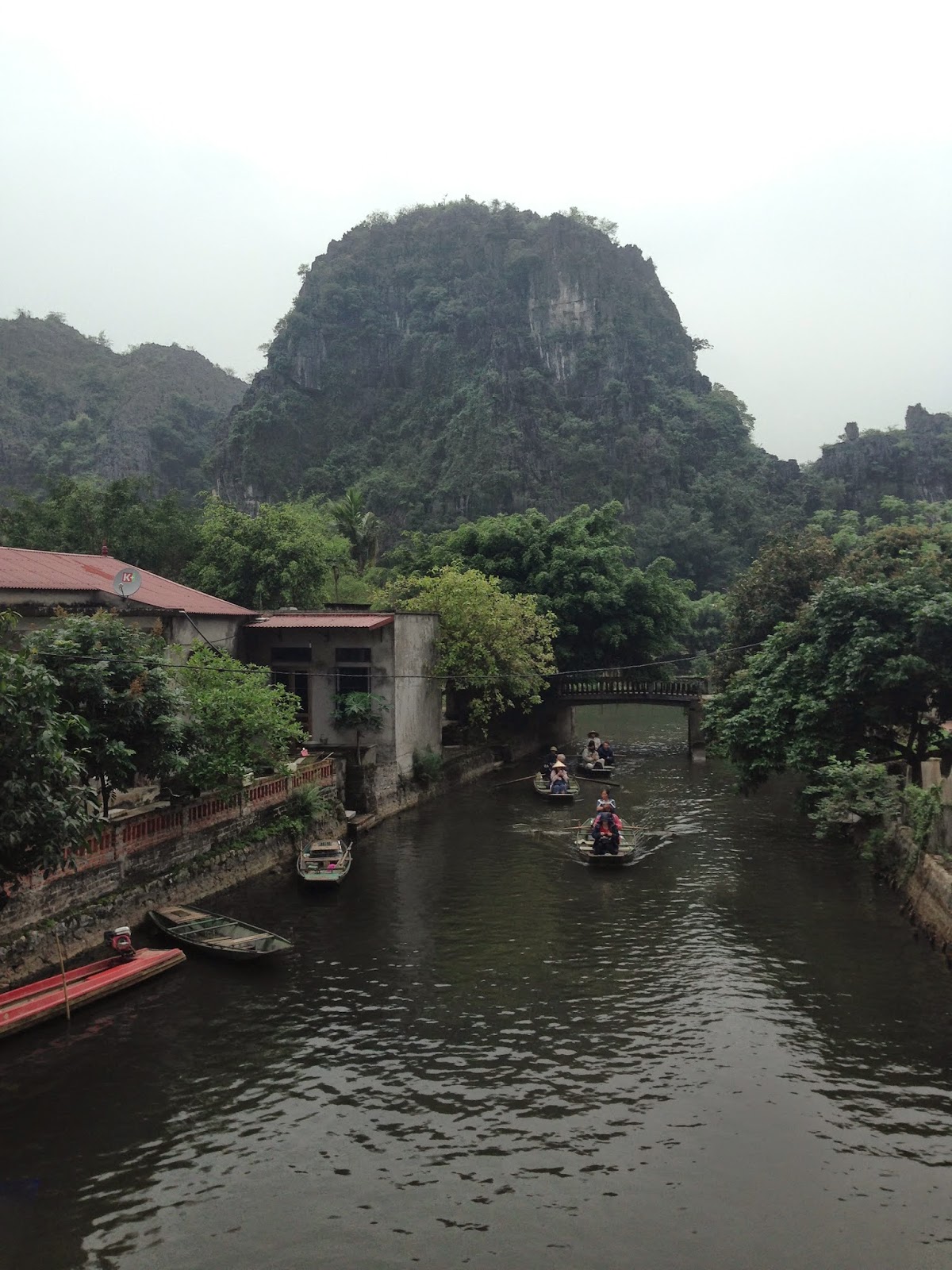 It's hard to tell in the photo but these are the rowers rowing away with their feet instead of their hands! 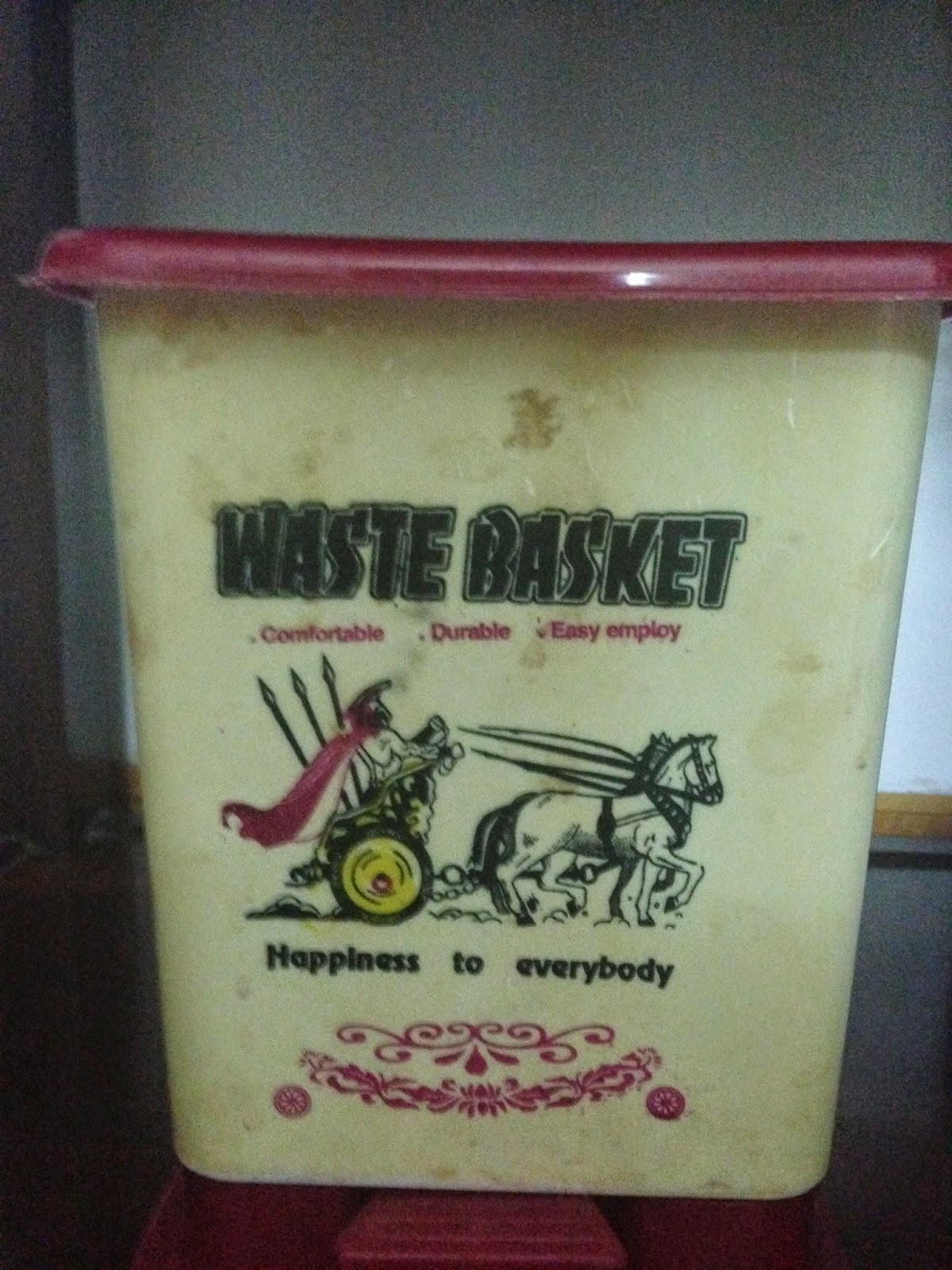 This waste basket was wishing happiness to everybody and I echo the sentiment!﻿
From Ninh Binh we headed to Hue on a night train. Next up is our exploration of the DMZ.
Posted by Christy at 8:29 AM