We arrived at the port around 4 pm. Our hotel manager was waiting with a van to take us to our island home for the next 4 nights. When we arrived, we immediately went to the super market across the street and got provisions for beach lounging. We went to the nearest beach, which happened to be a black sand beach, and sat in the sun for a while before we wandered down the beach front road and found a nice little place to have dinner. The same restaurant, in fact, that I would go to the next day for a yoga class! 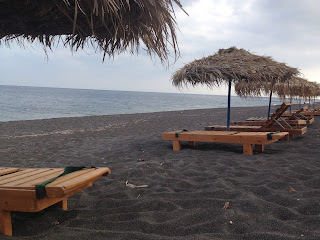 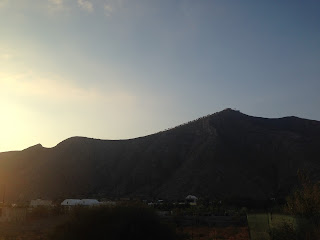 Sunset over the ridge of the caldera


Our first full day in Santorini we decided to walk from one main city to another, after morning beach time of course. The walk was 9km between Fira and Oia. Oia is the city known for its sunsets. So, we started walking around 4 pm and arrived in Oia at about 7. We were able to get a table at a restaurant where we could enjoy dinner with a view of the sun going down over the horizon. The walk was long, but not as long as some of the hikes we did in China, and it afforded some beautiful views of the cities and the caldera. Also, before we left I ran into an old friend from high school- so crazy who you might run into half way around the world! 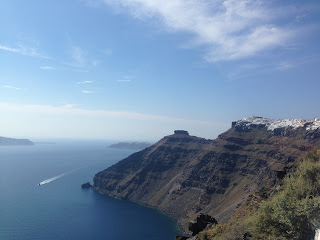 Caldera view #1... I had to be discretionary in my pictures because I took SO MANY 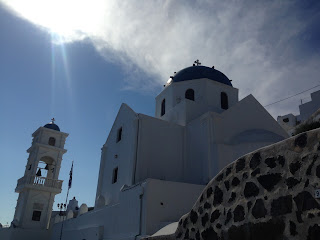 A classic blue domed building along the way 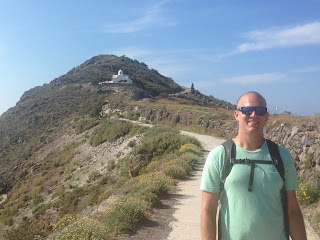 Jared with a view of the path

A panoramic, so amazing 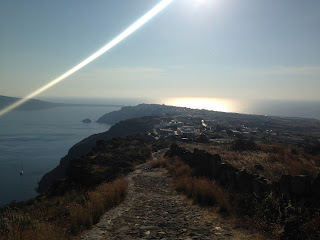 The sun is coming down 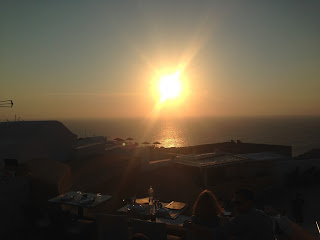 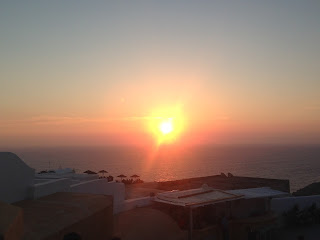 The second day was dedicated to beach, pool and lounging. It was magnificent. 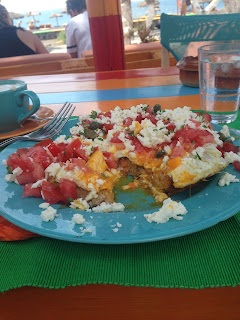 Breakfast = the most bestest meal of the day 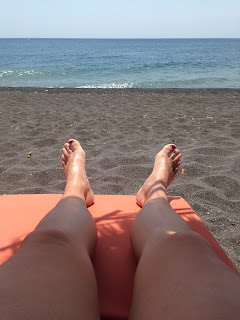 
Our last full day on Santorini, we rented a four wheeler (very common on the island) and took it to first visit the ancient village of Akrotiri. Due to the volcanic activity on the island, the city was covered and preserved in volcanic ash after an eruption in 1627 BC. The site was very interesting, and one of the first ones we have been to where we could actually imagine all of the buildings coming together as a city. Part of this may be because it was covered and they had paved what used to be a road for visitors to walk along. 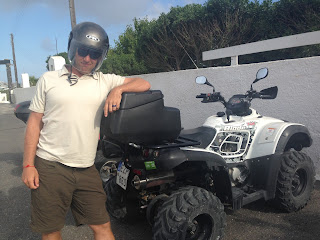 Oh, hello there, would you like to ride my 4-wheeler? 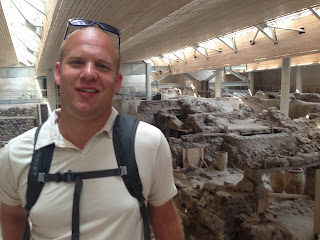 A glimpse of Akrotiri


Then we went to see the red beach and an old lighthouse. Both were just different and still spectacular views. 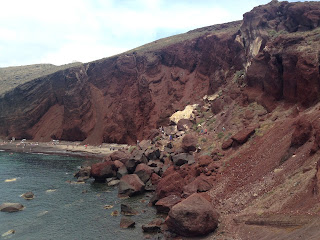 Red beach = not too good for sitting beach 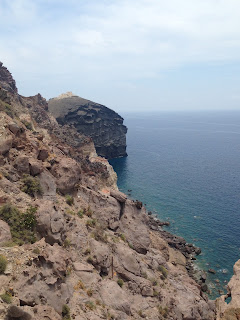 View from the lighthouse

To end our day with the four wheeler we went to the Santo Winery and enjoyed a tasting flight and the excellent view of the island. 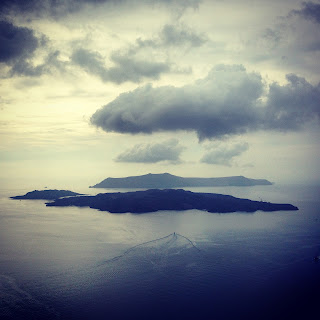 
The morning of our last day we had a delicious picnic breakfast on a mountain. We then had to take an 8 hour ferry back to Athens. 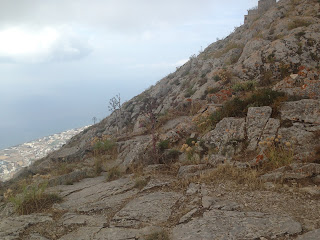 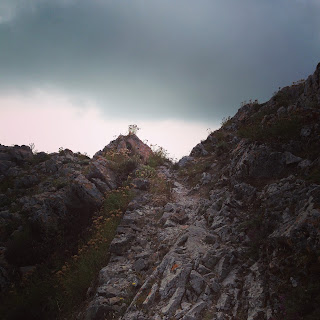 
Our time in Santorini was bright, relaxing and beautiful. I can see why this place is on everyone’s ‘must-see’ list. Although we went back to Athens, we were there for less than 24 hours before we flew to Italy. Palermo is next!
Posted by Christy at 7:09 AM