We fared the wild sea and left European comforts to explore Africa for the first time. Or, as Bill Murray described it, we went to ‘Africa Lite.’ This is how he described Morocco while on the Late Night show and his explanation for the term, I suppose, makes sense. He said that since Morocco is so close to Spain and is connected enough with Europe that it still has some of the comforts that other parts of Africa might lack. Since we did not go anywhere else in Africa (Egypt doesn’t count) then I can’t really agree or disagree with him but we definitely enjoyed our 12 days in this North African gem. We spent only one night in the coastal city of Tangier. We arrived after dark and walked almost a mile to our hostel. The walk served as a reintroduction to hustlers as we had several people ‘offer’ to show us to our lodgings. The hostel was nice and we had some interesting conversation with the night manager before we hit the hay. We had some breakfast and then took a taxi to take a bus to go to Chefchauen. 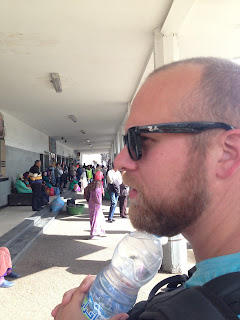 At the bus station
Chefchauen is the “blue” city and blue it was. Almost all of the buildings around the city center were painted blue from at least half way up the façade to the ground. Then you add the twisting, maze-like streets common to a Moroccan medina and it is easy to become lost. Unless you have a Jared GPS. Then, he keeps you on track. The first afternoon we were there, it was raining so we hid in a café and drank some mint tea and had some food while we waited for it to clear. The next day we wandered around the city, explored some more shops and really did get a little lost in the blue maze. 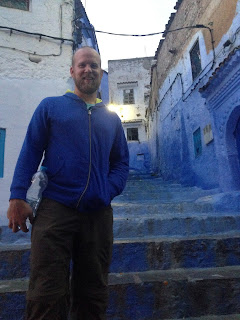 Jared's in blue in the blue city! 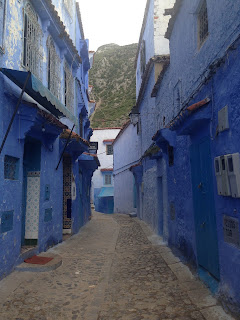 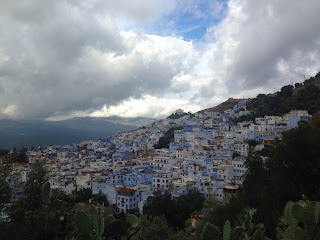 The city from the top of a nearby hill


After Chefchaouen, we went to the bustling city of Fes. When we walked to our hostel, through the medina, I thought “this is Morocco.” There are shops selling all sorts of wares and merchandise and the streets are narrow and full of people. We got to see several examples of Moorish architecture as well as visit a leather tannery. This was super stinky, interesting, but stinky. 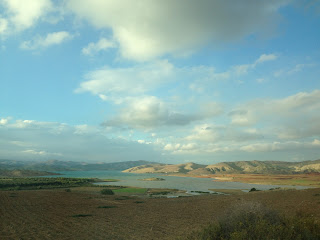 Idyllic landscape from the bus 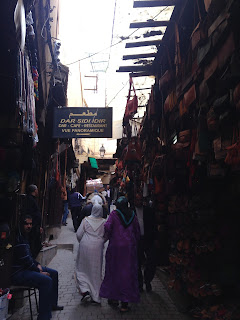 A street in the Fez Medina 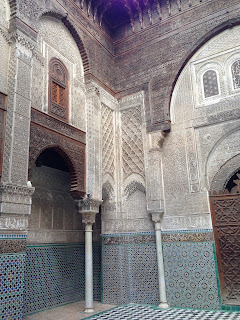 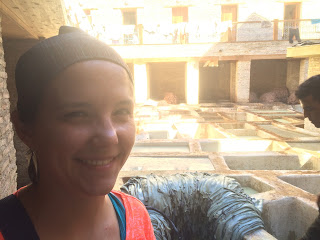 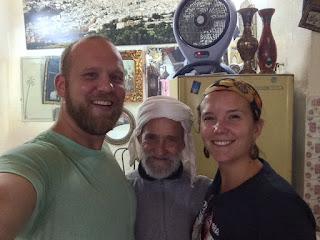 We walked into this man's restaurant and he grabbed us by the hands and took us into the kitchen to sample all the dishes before we ordered which one we wanted.


Following Fez, we went to Rabat and then on to Casablanca. These two cities are the main commercial cities in Morocco. Rabat is the capital and, Casablanca is the movie. Neither city yielded too much excitement, although our hotel room in Casablanca overlooked one of the only bars we saw while we were in the country and we witnessed some interesting nights. 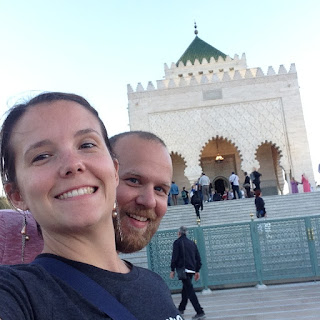 In front of Hassan Mosque 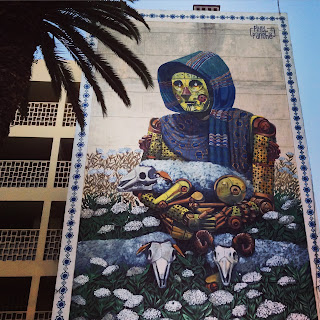 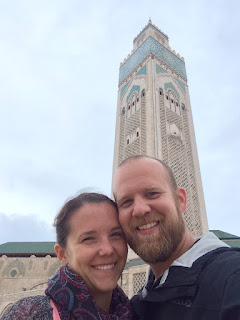 King Hassan II Mosque (third largest in the world)
Our last city in Morocco was Marrakech. This is the place that people think of when they think of Morocco. There were street performers charming snakes, training monkeys, doing random chants, a huge variety of activities could be witnessed in the main square. The streets are perfectly narrow and maze like and the shop owners haggle like you would hope. We did not make any major purchases from any of the street shops (neither of us has the knack to haggle), but we did find a beautiful rug at one of the fixed price stores and we had a leather maker create a collar for Sammie and Sinatra (aren’t we good pet parents?). 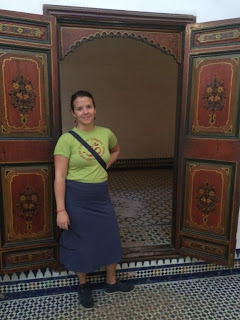 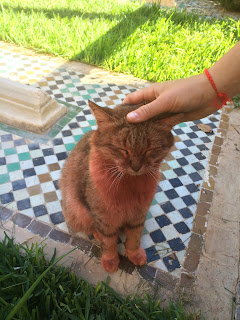 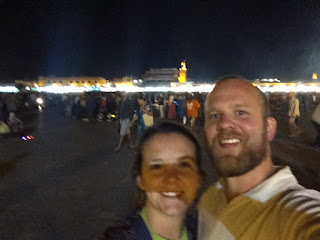 Merrakech at night
Morocco was truly stunning and I wish we had had more time there to explore even more of the country. From Morocco we flew to our last international destination, Egypt!
Posted by Christy at 3:52 PM