We arrived in Madrid and were greeted by a parade! Guess what, another unexpected holiday. It was Spain’s National Day and so there was a parade and flyovers of all types of planes and other fun activities. We were staying in a wonderfully cute neighborhood called Lavapies. We rented a room from a very nice family and I really got to practice my Spanish since none of them spoke English. They had a lovely home and were so kind and welcoming. As a result of the holiday, the flea market and antique shops nearby were up and running and that was our first stop of the day. It was fun to explore all the shops and browse the stalls. Since we had been wanting to see a movie in a theater for awhile (the last one was in China) we found a place that was showing Mazerunner 2 in English and had popcorn for lunch. After that, it was more wandering around in El Retiro park and then tapas and wine for dinner. We also managed to go to the Reina Sofia Museum for the last couple hours it was open. All the museums were free for the holiday so they were all quite busy earlier in the day but by evening the crowds had thinned enough we were able to get in right before closing. It was a splendidly Spanish day. 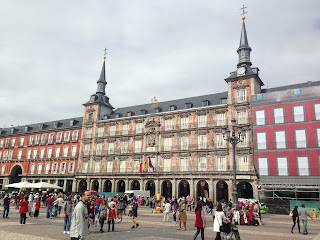 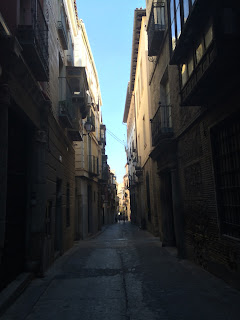 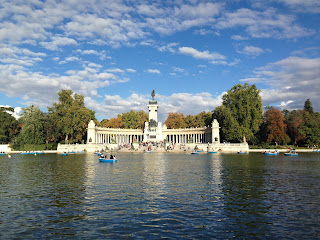 A view across the little lake 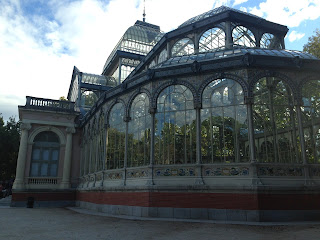 An all glass museum space in the park, I love it! 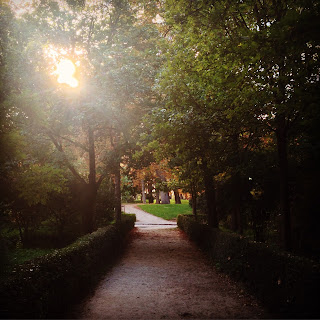 What a lovely path to stroll


While in Madrid, our little neighborhood had a sort of tapas festival. Several of the restaurants offered a discounted tapa deal and there was a competition between them to be voted best tapa. We went to seven different places the first night and six the second- it was a perfect ‘food tour’ that we were able to do on our own. Tapas are the most ingenious way to serve food. We also did some cultural things such as visit the Thyssen- museum. This museum is one of the world’s largest private collections and was quite diverting as it spanned several centuries and encompassed many different styles. We also took a day trip to Toledo. Toledo is a quaint medieval town and has cobblestone winding streets that center around the Gothic Cathedral. We also discovered that Toledo is where all of the swords for the Lord of the Rings movies were made. We didn’t buy any swords though and instead chose to sample their town sweet treat, marzipan. I was not a huge fan but it was, ok. That evening we got to watch some amazing Flamenco dancing. It was full of emotion and passion and stomping. We chose to go to the earlier show so we were almost front row and it was worth it. 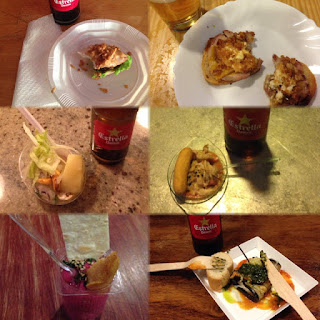 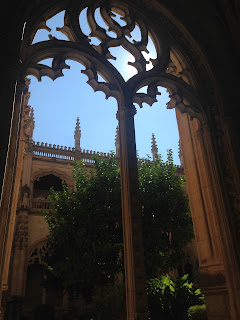 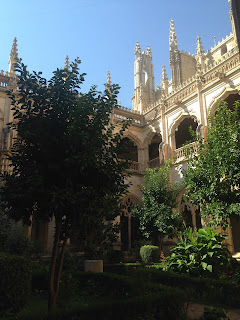 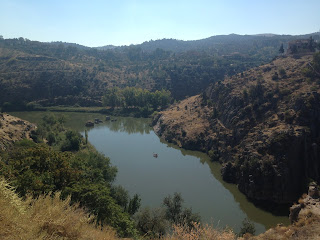 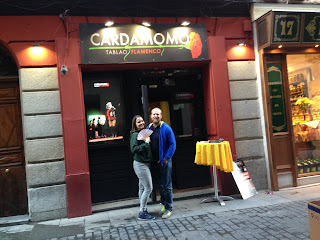 I got a fun fan 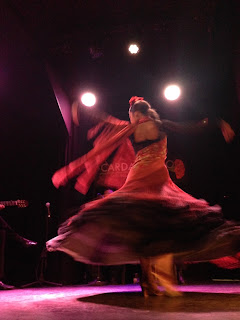 Such passion
Our last day in Spain’s capital we visited the cathedral and the royal palace. It wasn’t my favorite royal home but as a general rule, I enjoy seeing the residences as they often show the fancy home décor trends over the centuries and, if the audio tour is done well, can also provide a good historical context for the city and/or the country. After the palace, we walked along Gran Via and then I had a meeting with a speech therapist working at a bilingual clinic in Madrid! It was quite fun to talk to her and discuss issues they face and struggles they have that are similar to some that we have in the States. 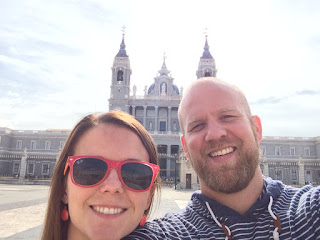 Palacio
We left early the next morning for Granada!
Posted by Christy at 3:51 PM