The primary thing to see and do in Granada is Alhambra. The Alhambra is a Moorish fort built during the 1300’s and it was also used and occupied by the ‘Catholic Monarchs’ Isabella and Ferdinand when they ruled the territory. It is considered to be a great example of Moorish architecture and is a UNESCO site along with the extensive gardens. However, due to the relatively small size of the palace, tickets are limited and time controlled (they allow about 200 people every thirty minutes). Tickets are available online but sell out weeks in advance. Well, we did not have our schedule finalized weeks in advance so, we did not get tickets in advance either. As a result, Jared went to stand in line at about 6:30 am on Sunday morning to try and get a pair of tickets from the batch they keep to sell at the window (I only slept in a bit more with the reasoning that there was no need for both of us to be tired). Within 20 minutes of going on sale all 400 of the tickets were sold out. We did not get any. Initiate round two. The next morning we both went at 6:30 and I stood in the cash line and Jared stood in the card line and we managed to get tickets! Thank goodness because I would have had one grumpy husband if we did not. It was worth it though, the gardens and the palace were beautiful and I am glad we decided to put in the extra effort. 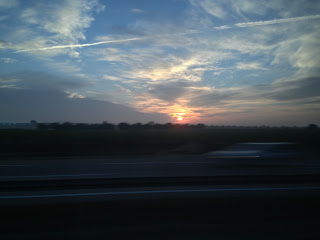 A sunset from the bus 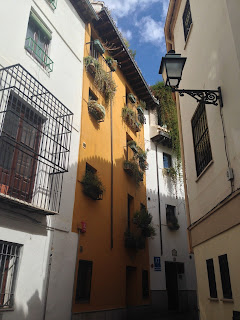 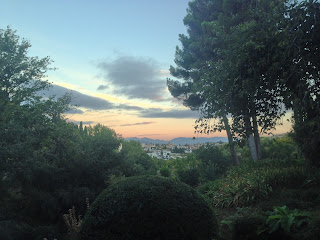 View of the city from Alhambra 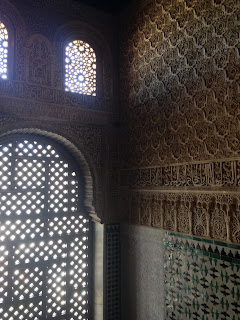 This architecture is insane 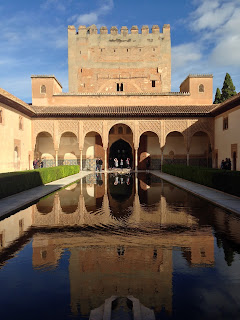 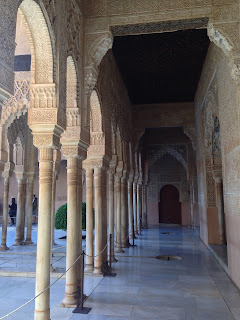 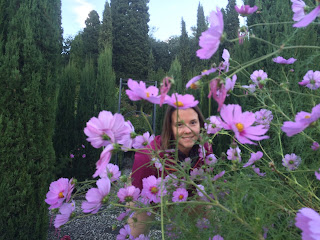 
In addition to Alhambra, we also toured the cathedral and walked through the charming, winding streets. We rented a cute apartment and it was a nice two days relaxing (when not in line), eating and enjoying the city. After Granada we scooted on down to the coast, to Malaga!
Posted by Christy at 3:52 PM