We spent four nights in the romance capital of the world, the City of Lights, the absolutely gorgeous Paris! We had a hostel in the Montmarte district and were quite close to the Gare du Nord which made it easy to get around the city. We arrived in the late afternoon/early evening and so we just had enough time to do some laundry and walk around our neighborhood. We picked up some soup and cooked in the shared kitchen for the evening.
The next morning we started bright and early (sorry roommates!) and went to see the most visited paid monument in the world, the Eiffel Tower, of course. We were on the lawn in front of the monument with only another few tourists and the early morning Parisian runners. It was a cloudy day but little could diminish the impact of the famous tower’s silhouette. We were among the first in line to climb to the second story (about 600 steps, NBD.). Walking inside the tower is almost as impressive as seeing it from down below. The raw steel supports from up close make you much more appreciative of the overall monument. There was something special about seeing the innards of the world’s most recognizable city icon. 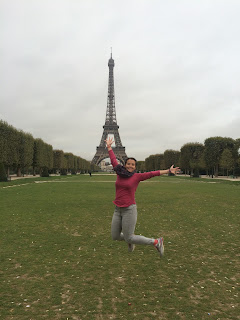 Had to get this shot 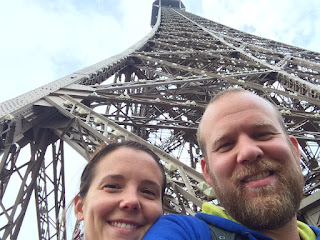 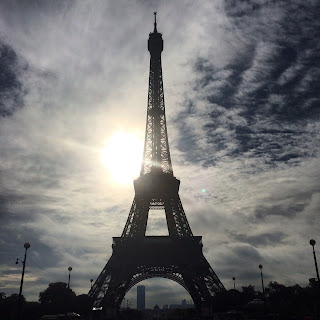 
Then it was a walk over to the Arc du Triumph, a quick lunch then a stroll down the Champs d’ Elysess to the Cathedral of Notre Dame. Unfortunately, after lunch it started raining on us. Then, we started fighting because apparently, we are unable to agree on a strategy to walk in the rain with one umbrella and two raincoats. These are the things we fight about these days. Anyway, Notre Dame. Wow. There were signs asking people not to take pictures and, even though lots of others were, we were good little rule followers and did not take pictures. After our tour around the building, I realized that the signs were intended just to keep people from taking pictures in the area of worship. Oh well. We also paid (entrance itself is free) to see the Treasury of Notre Dame. We were under the impression that a remnant of the Crown of Thorns, a nail from the True Cross and other sacred relics were housed inside. This was not the case. The treasures were indeed beautiful and I’m sure most hold great importance for those of the Catholic faith but all of the descriptions were in French only so we were kind of in the dark. Either way, it was all still very beautiful. It was still raining when we left so I didn’t get as many exterior pictures as I wanted. We then walked over to see some quaint little bookshops before heading back to the hostel for some more soup for dinner. It was a long, long day. 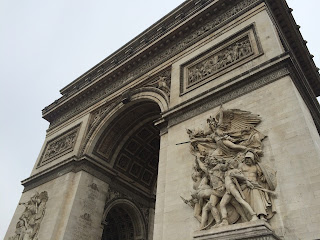 It's an Arc! An Arc of Triumph! 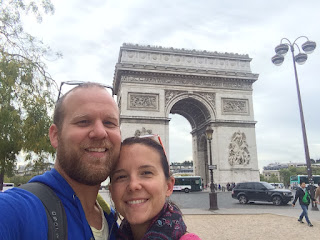 In all its glory 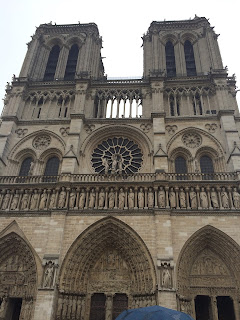 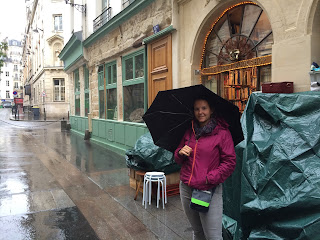 Cute little book shop
The next day we had every intent of going to the Musee D’Orsay in the morning and then just wandering around. We thought about getting some wine and cheese for a picnic along the canal and seeing a famous antiques market. However, the rain, oh, the rain. Oh, and sleep. We slept in later than we had intended and so by the time we made it to the Orsay, the line was at least an hour long. We decided to skip it and put it on the agenda for the next day. So, from the Orsay, we walked to the Invalides and then took a peak at an Art Nouveau façade I had scoped out. By then, it was really raining so we ducked into a café for some sustenance. We managed to wait long enough for the rain to stop before we headed on the St. Ouen Antiques market. I had found this recommendation on a website which listed various free things to do in Paris. It did not mention that the market was only open on certain days. Everything was closed. Everything. Well, that sucked. Then we decided to try to find a formagerie to buy some cheese to take to our idyllic canal. We walked about a mile to a place which was…. Closed. So, we tried again. Closed. So, we gave up on the canal picnic (it was supposed to start raining again anyway) and decided to swing by Sacre du Couer and then go to a wine bar by our hostel. Sacre du Couer was beautiful and provided an excellent view of the city. After walking down the many steps, we were off to our wine bar. Another mile to another place that was… closed. Well, we didn’t want any of your French wine and cheese anyway! We settled on grocery store purchases and enjoyed some stinky camberbet with a crusty baguette, olives and a glass of Bourdeaux. Ok, maybe we did want the French wine and cheese. This was not the best day as a tourist and it was made even worse by poor sleep in a dorm room. HOWEVER, we were in Paris. Paris! 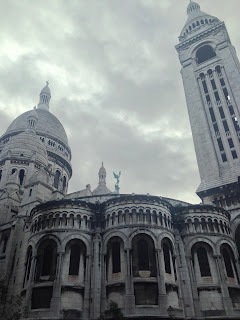 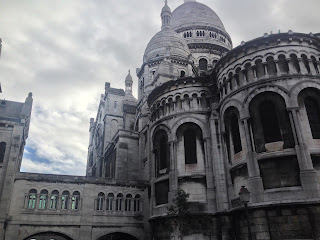 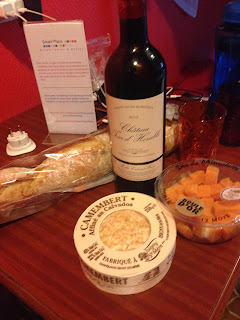 
Our last full day in Paris became museum day. We actually woke up as early as we intended and were among the first bunch to make into the Orsay aka my most favorite museum. In this museum, there are three different sections dedicated to Art Nouveau. I was like a little Art Nouveau neophile geeking out. There were even three different pieces from my hometown hero, Frank Lloyd Wright. Also a piece from the architect Makintosh who we ‘met’ in Glasgow was on display. I don’t know if these three areas primed me for the rest of the collection but I don’t remember having more of an appreciation of impressionism as I did during the three hours we spent there. Next, we went to a famous French boulangerie and had a quiche and bought some sweet treats to take with us. Unfortunately, we are now 30 so we had to go back to the hostel and take a nap because we had a date with The Louvre at 6 that evening. The Louvre is just overwhelming. It is so huge and you feel like everything in there is worth seeing because well, it is at The Louvre. We had planned 3.5 hours there and, of course, it fell short. We started with Mona because, she is probably the most famous of all. Then, we went our separate ways for the majority of the rest of our time (we also can’t walk in museums together). That evening we walked along the Seine and enjoyed the city of lights at its shiniest hour. 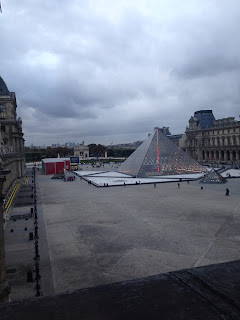 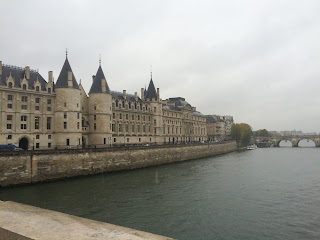 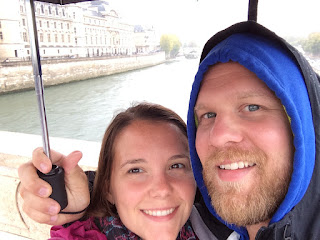 The next day we left Ol’ Paris and moved on to Barcelona!
Posted by Christy at 3:50 PM