Luckily, I began to feel better just in time for our flight to India. Our flight had a layover in Kuala Lumpur so we now have two entry and two exit Malaysia stamps in our passports. We spent like 8 hours at the airport, which had a strikingly obvious lack of seating. We found a little lounge though with bunk beds and a private bathroom and shower, so that helped relieve some of the discomfort of the layover. Sometimes, you got to get a little fancy to maintain sanity. But, we arrived in Fort Kochi and after finishing up our visa process we made it to the hostel. I had booked us a room without AC. It was hot. We made it through the night but switched rooms for the rest of our stay. The first day we walked around the town and saw the famous Chinese fishing nets which are still in use by local fishermen, an old church and a courtyard. Following lunch, we hired a tuk-tuk to take us to the not-so-touristy Hill Palace museum. This was a former palace (obv) and although it was in some disrepair (we both lamented at the insane coolness possibility) it had some former crown jewels and other memorabilia from the Royal family of the area. It would have gone REALLY well with the Dutch Palace museum we visited the following day as the former had lots of stuff and lacked description and the latter had lots of description and lacked stuff. But it was at the first museum that we encountered large groups of school children who appeared FASCINATED by us. All of the boys wanted to shake Jared’s hand and the girls swarmed around me and repeated “Hello, what is your name?” “How are you?” over and over. It was so sweet that they wanted to practice their English! We had like two minutes of celebrity status. Since then, we have been asked on several different occasions to be in pictures with different groups of (usually younger) Indians. Sometimes they ask Jared to step out of the picture so it is just me- I can’t help but wonder what the captions are for these pics. Also while in Kochi, we visited India’s oldest and still active synagogue. We have now visited a place of worship for: Hinduism, Buddhism, Christianity, Judaism and Jainism. 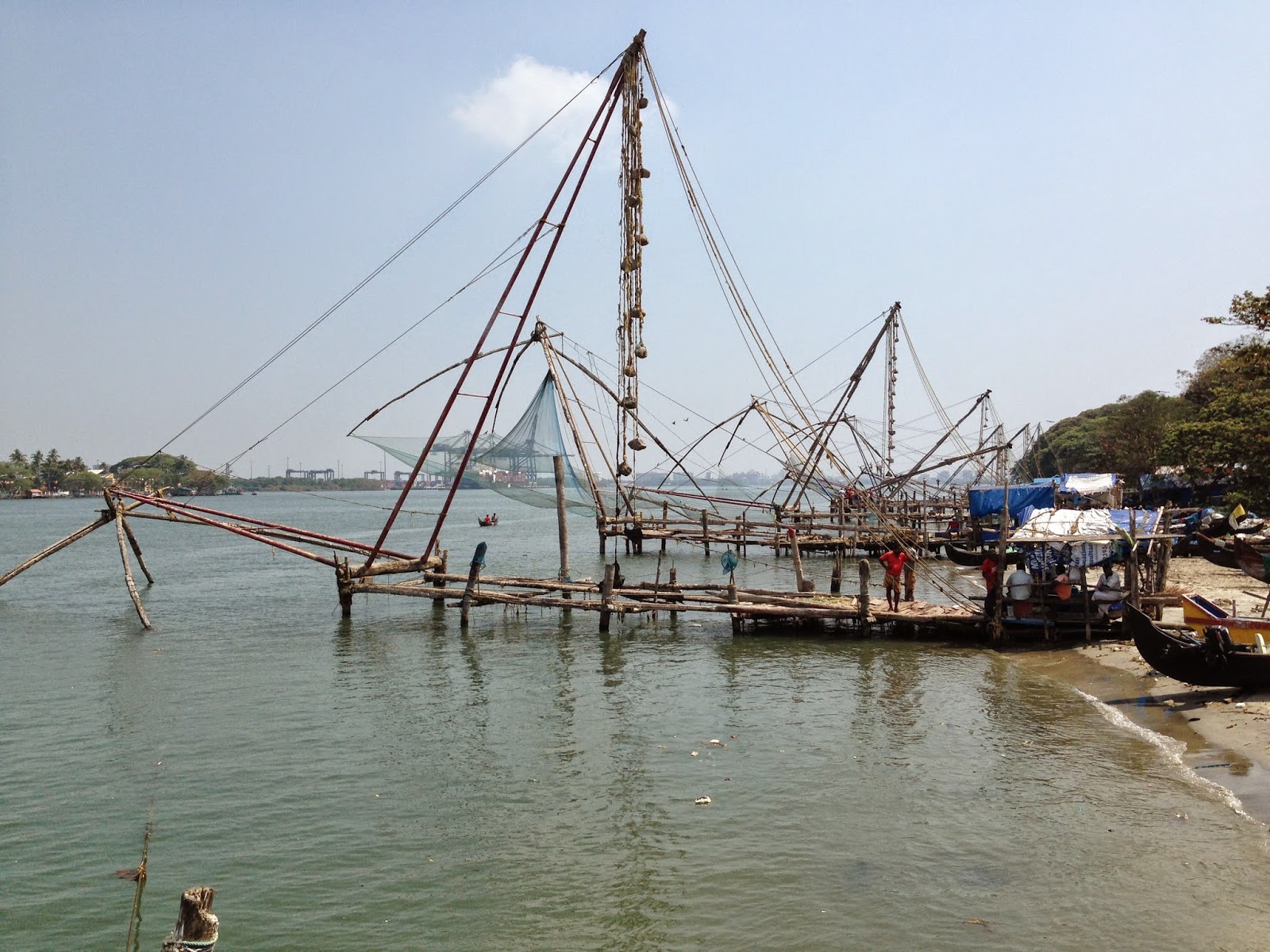 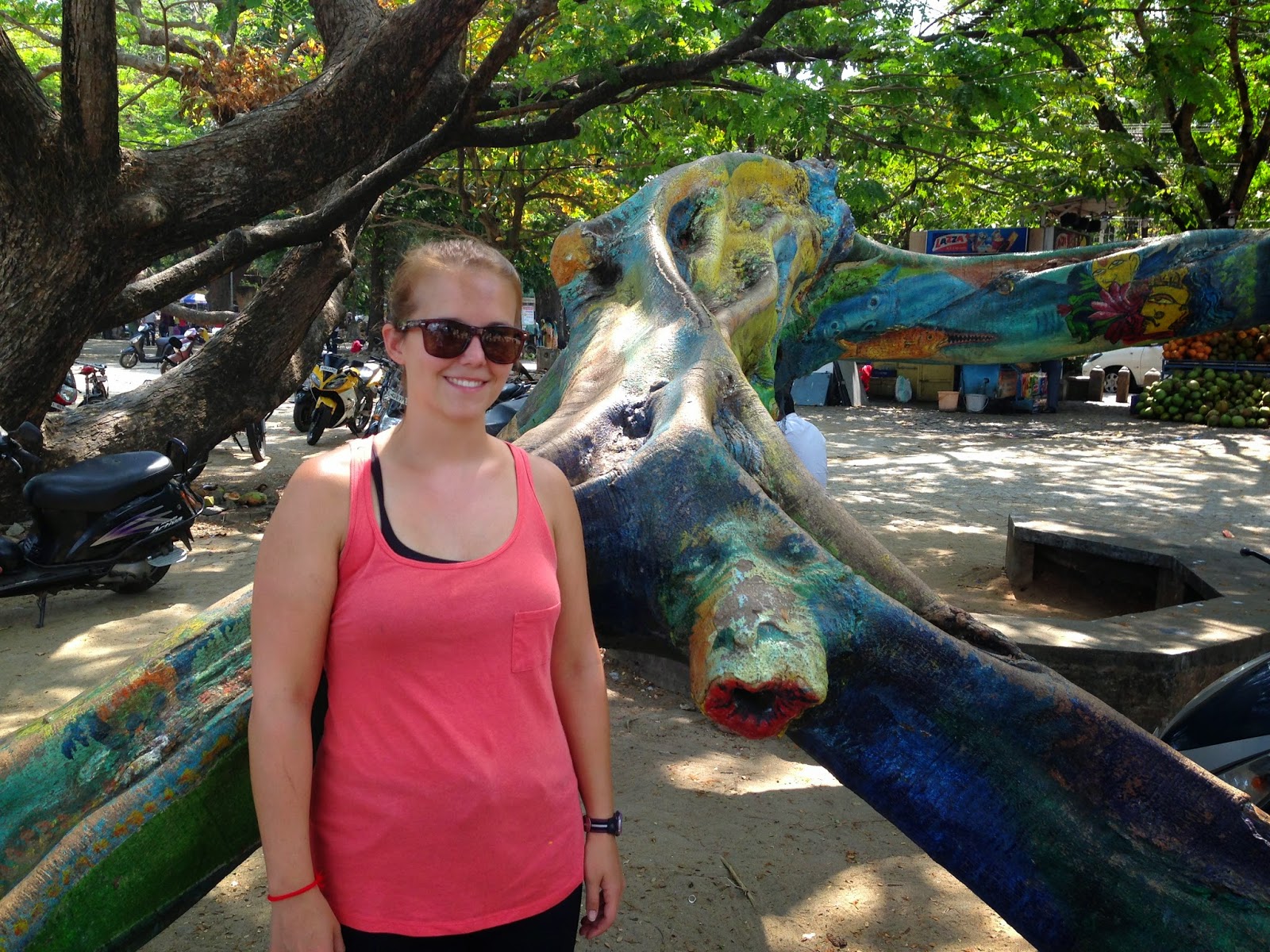 We found this beautiful painted tree along Marina Drive in Fort Kochi. This is St. Francis Church, it was built in 1503 and is the oldest European church in India. 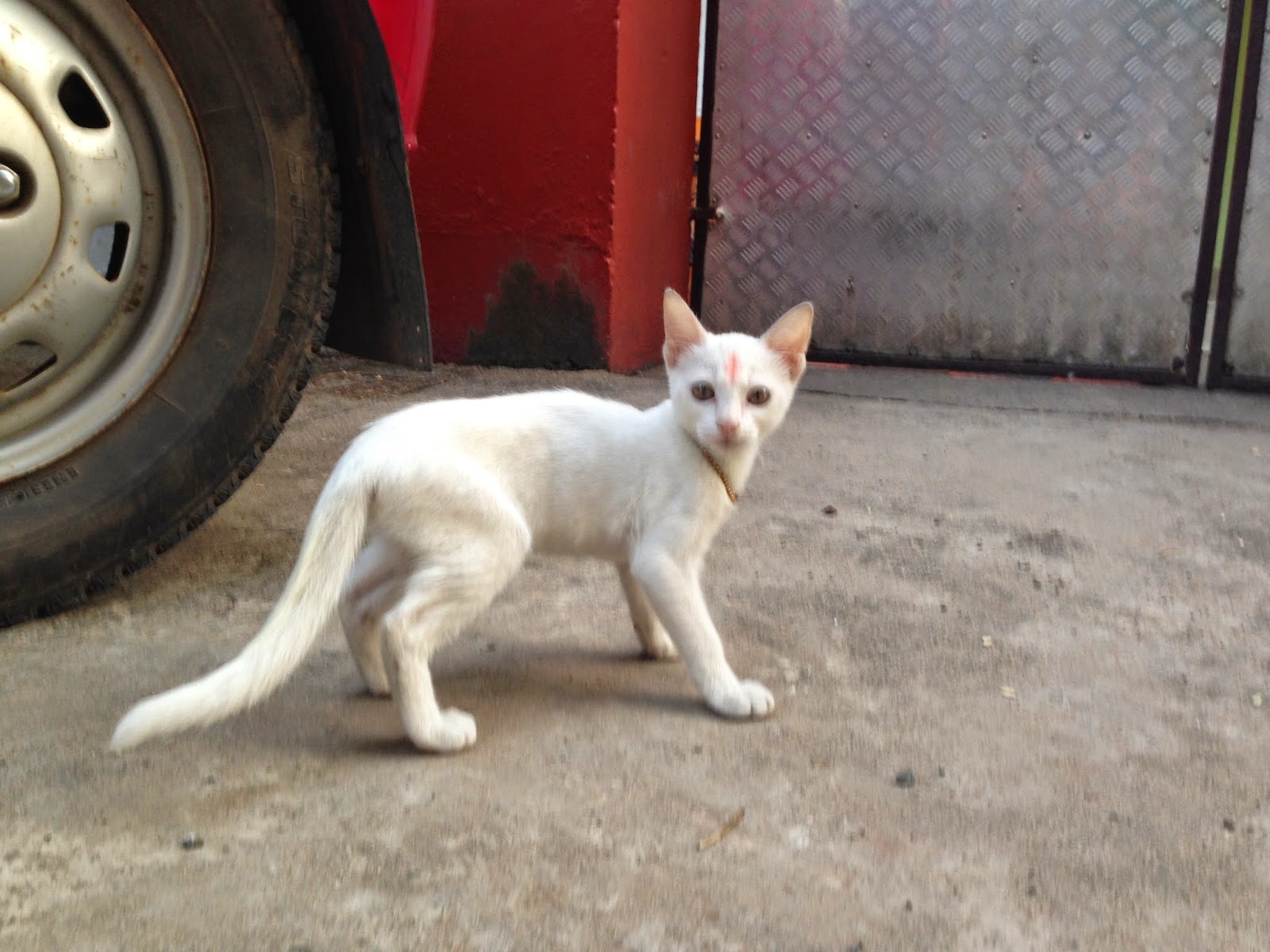 I also went to a yoga class during our stay in Fort Kochi. It was supposed to last 2 hours but instead lasted 3 hours. Jared was a little bit worried, to say the least. But, on our way to eat we saw this cutie with a bindi.
Another, unique to Kochi experience was our tour of the Kerala backwaters (Kerala is the name of the state or area in which Kochi is located). We were on a long board boat, not unlike the one we took to visit Maya beach. However, this boat was propelled, by our guide, with a long bamboo pole. We spent the day on the waters and had lunch at a house where we also watched a demonstration of rope making. It was pretty and relaxing. 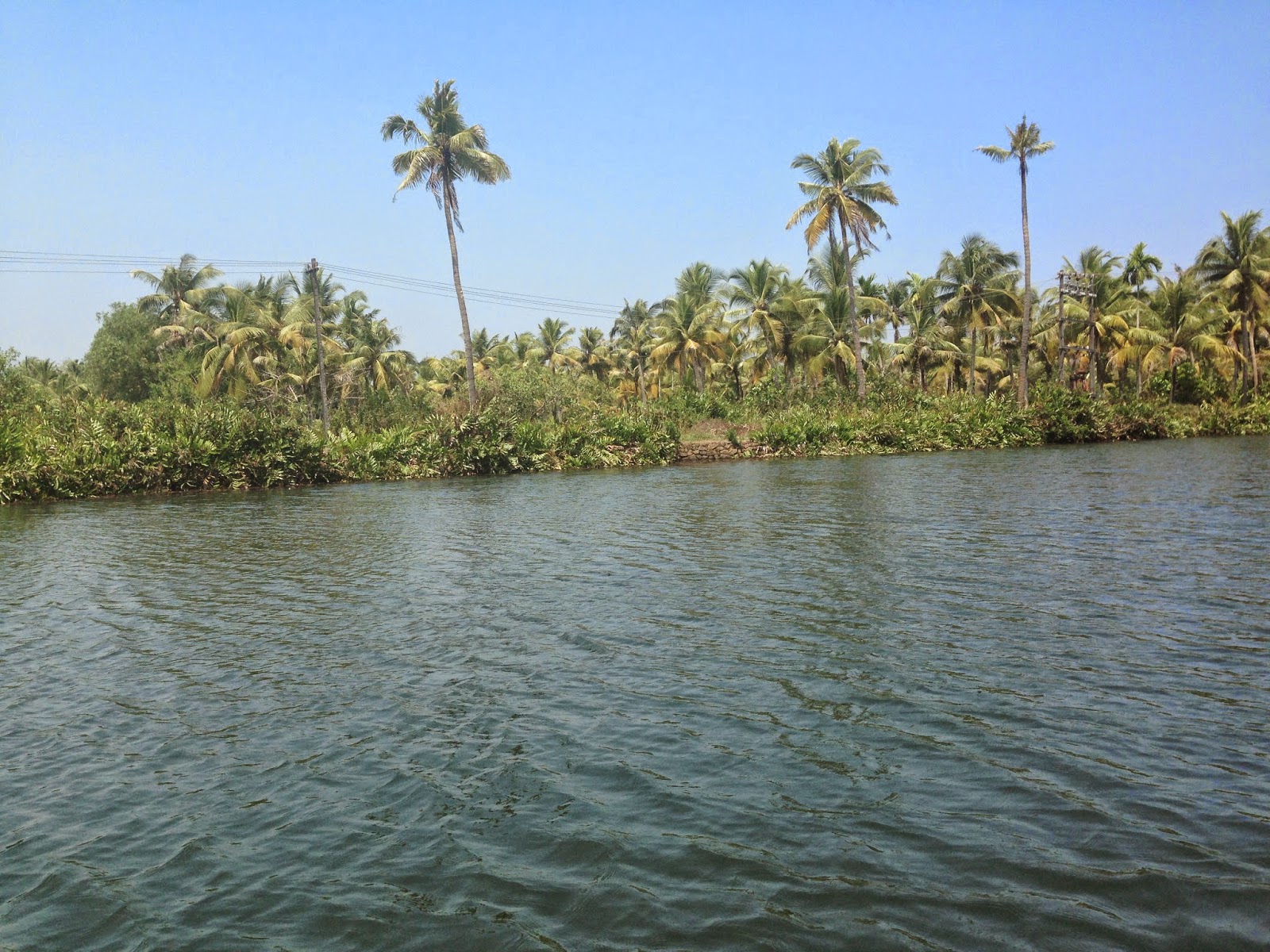 Palm trees lined the banks of the river. 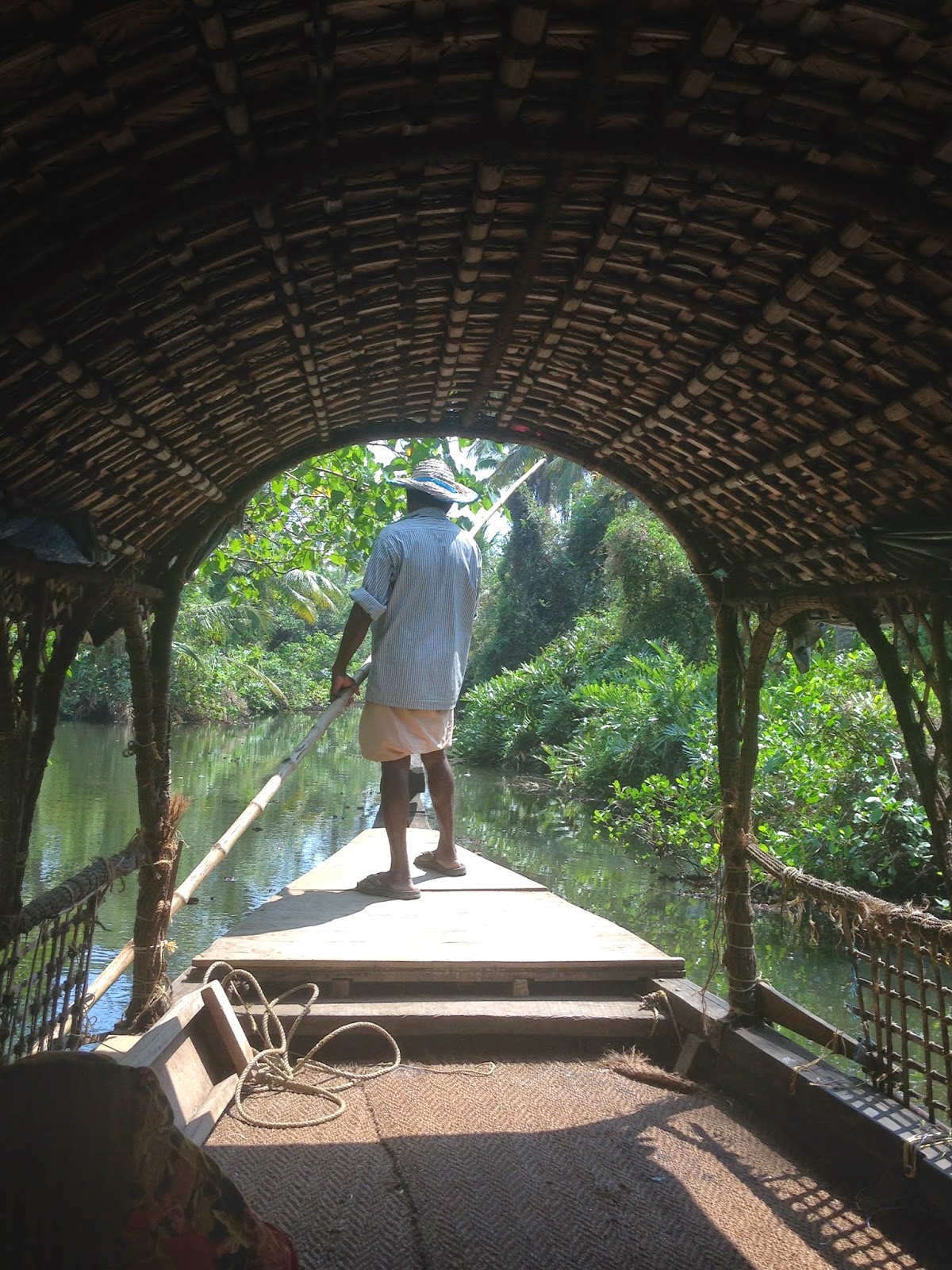 Our boat driver with his bamboo pole. 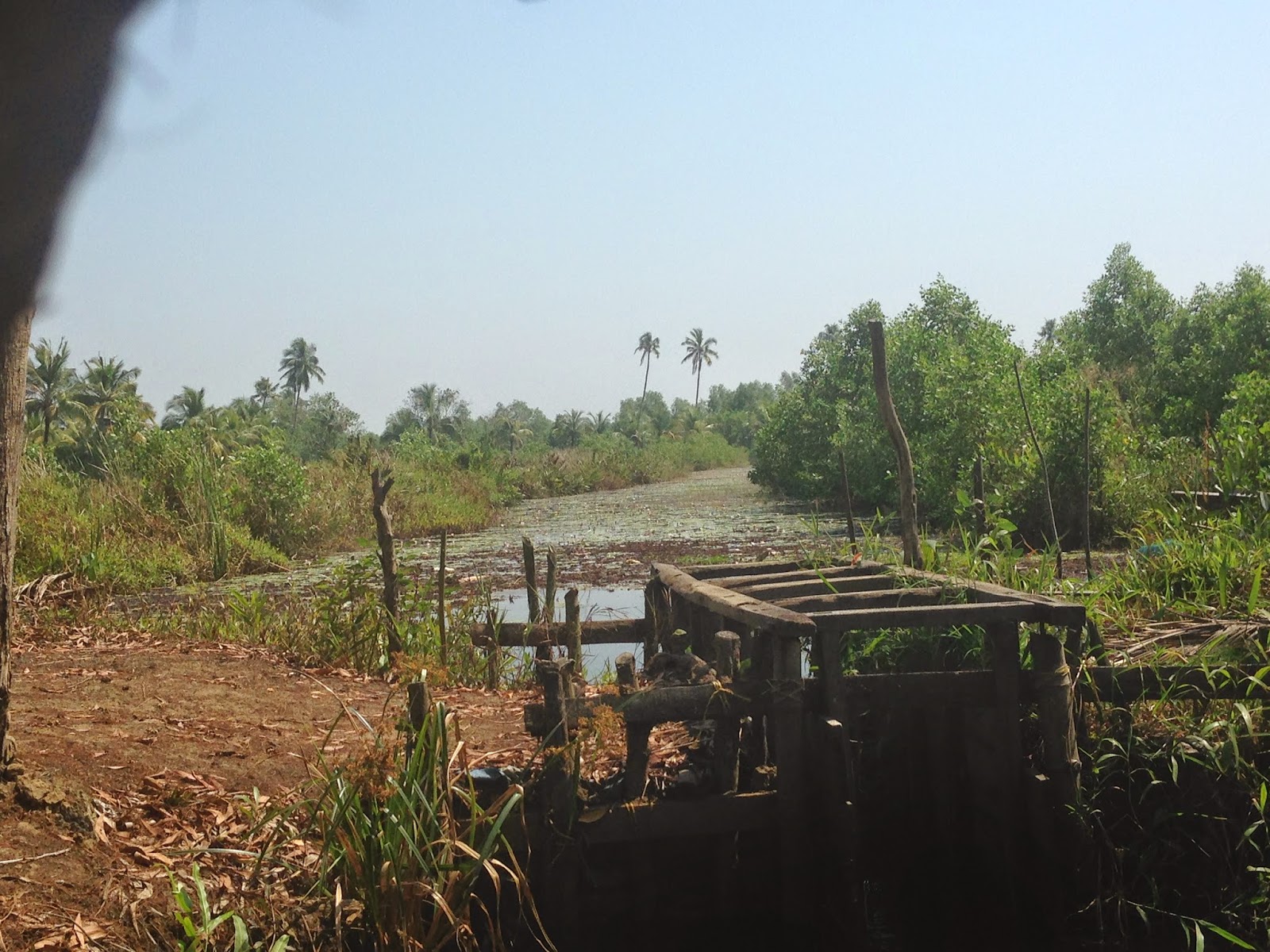 A type of dam along the banks. We passed several houses as well, some of which had signs requesting that passerbys do not take pictures.
From Kochi we took the train to Goa. And Goa we did, to some beaches and churches! But, before Goa-ing we had some of this weird time that we have experienced before. It is the time after check-out and before a night train. We often offer to pay for a half day or an hourly price so we have access to a shower before we embark on a 15 hour train ride. Our wonderful hostel manager, Anup, not only gave us a place to keep our bags but allowed us to use his own shower before we got on the train! It is little things like that that make a place stand out.
Posted by Christy at 3:11 AM