We stopped at Beester castle, which is the place that the guy who sold us our English Heritage membership told us was his inspiration to study English history. Hmm. 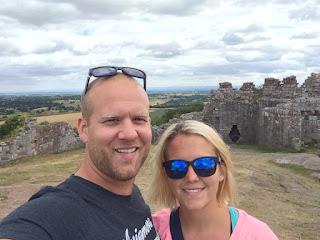 It was on a lone hill so you could see for miles. So, that was nice.

We continued on towards Bath, where we set up camp just south of town in a quaint campground nestled between farms off the winding country roads. There were a disproportionate amount of children at this site, so their crazy antics provided a different type of evening entertainment. In the morning, we took the park'n'ride bus into town and started with the main attraction- the Roman baths. Despite having been to Rome and having seen numerous other ruins from the ancient and vast empire, the baths were still a very impressive site. The museum was well organized and provided interesting information, and the baths themselves were well-preserved and restored. The baths are representative of not only an interesting cultural tradition but early engineering ingenuity as well. 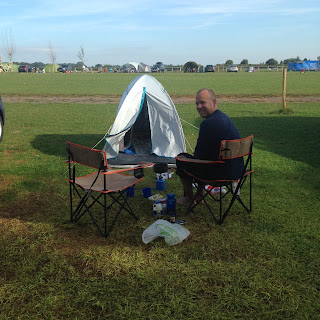 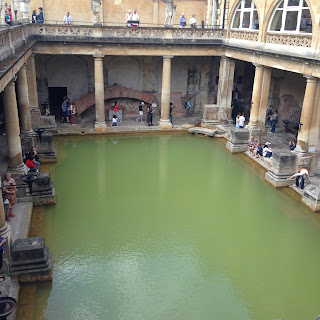 I really, really wanted to get in. 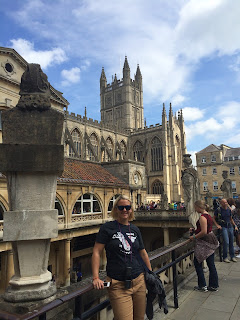 Standing above the baths, the view was remarkable!

After the baths, we walked through town and saw the Pulteney Bridge across the River Avon. We continued walking through the thrift shop lined streets, then arrived at the Royal Crescent, one of the most famous Georgian buildings in the whole of England, where we stopped to sit and take in the view. We then found a nice, shaded outdoor garden to enjoy some beverages before heading back to our camp for the night. 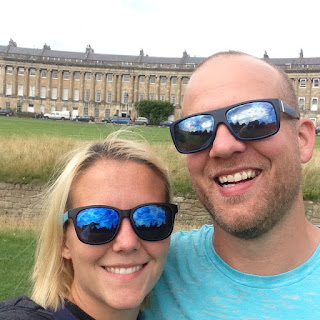 The Royal Crescent has nothing on these full crescent faces.

After a nice rest, we woke to a dreary (but not rainy) morning and left Bath to head towards Oxford via Stonehenge! Stonehenge is a little bit hard to describe. It has obviously become a huge tourist attraction. There are a ton of people being shuffled in and out and around the ancient stones every hour. However, it is difficult to ignore the history and the mysticism surrounding them. They are far older than anything we have seen on our trip up to this point, and the fact that their true purpose is still unknown adds an extra layer of mystery. Most people agree that the stones signify something spiritual, but I think that they are cool in the simple fact that they are what people left behind so long ago. Someone was here. They built these stone things. We can still see them. That is amazing. 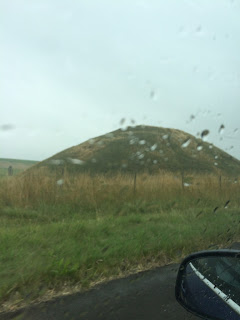 On our way to Stonehenge we drove by Silbury Hill, a deceptively large man-made mound (98 ft). 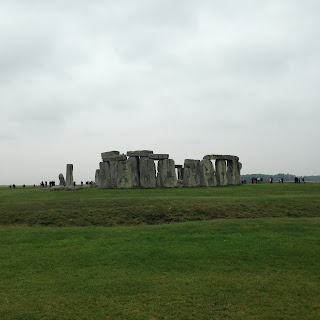 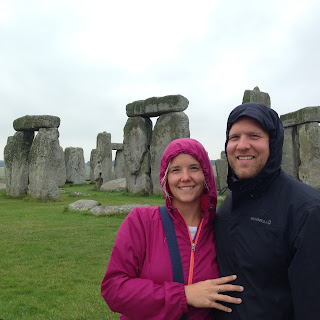 Us in front of Stonehenge!

Oh, Oxford. We didn’t really do ya right. We spent our last two nights camping just outside of Oxford, but the only day that was meant to be devoted to the town was instead spent trying to figure out how to ship another box. Alas, postal services once again stole some precious moments from us. We were able to squeeze a couple hours of sightseeing in and visited the Bodleian Library and the Ashmolean museums. Then, that night Jared went to a Premiership soccer game by his lonesome and I stayed at the campsite and did laundry, tried to post on the blog and watched a movie that we had downloaded on the tablet. It was not a horrible day by any stretch, but not our most productive either. 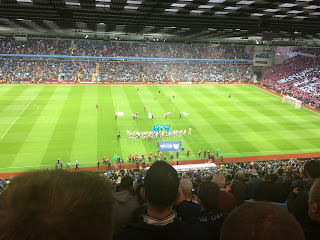 The next morning we were off and away to London town! I was more excited prior to seeing London than I was prior to almost any other place we have been!
Posted by Christy at 2:59 PM