The most beautiful place on Earth. And, of course, I accidentally deleted most of my pictures from our second day. Good thing we both take pictures and have several duplicates.

We stayed at a wonderful hostel with an excellent front desk worker/giver of information. We had read in reviews about Victor and after our poor hostel experience in Fenghuang we couldn’t wait to get to Zhangjiajie and Victor. Both he and the park lived up to the hype. With Victor’s guidance we had an excellent two days exploring the park that inspired James Cameron's world in Avatar. The “hiking” (most hiking we have encountered in China is actually walking on a 2 meter wide paved path with stairs and railings) was not overly adventurous, but it does allow multitude of people to enjoy the park. I don’t have much to say about our time there, the history of the geology is beyond me and the most I can share without referring to Wikipedia is that the sandstone pillars and cliffs of Zhangjaijae were formed through physical erosion. The first day we went along the main tourist path, but since we chose to forgo the elevator up, it was about an 8 hour hike. On our second day, we took a path suggested by Victor. The scenery was almost as phenomenal as the first day, plus we only ran across about two dozen people during the 5 hour hike. The pictures don’t do the scenery justice (especially the enormity of the pillars, as most are well over one thousand feet tall), but they are better than nothing. 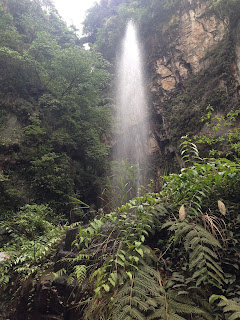 A waterfall from the Baofeng Lake 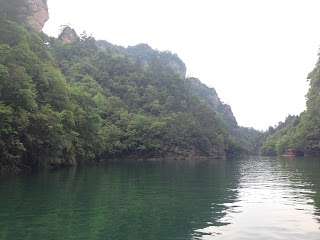 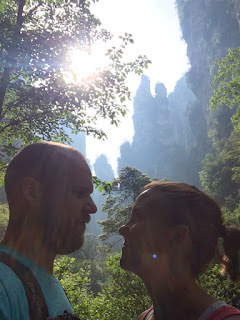 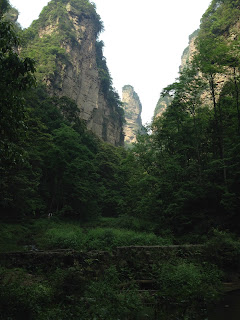 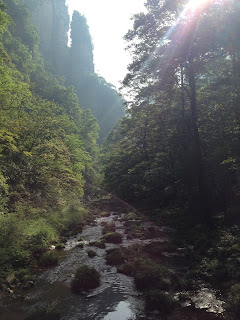 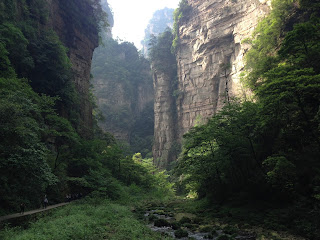 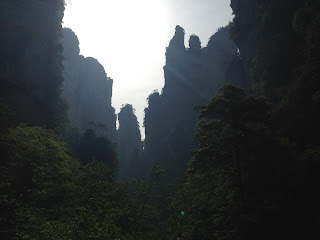 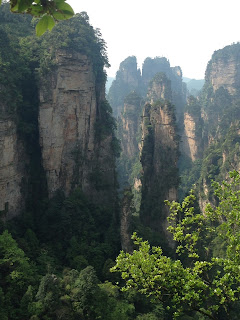 Can't you see the avatars flying through? 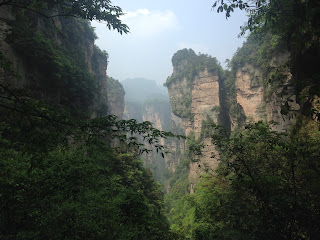 I could just build a nest and stay here forever. 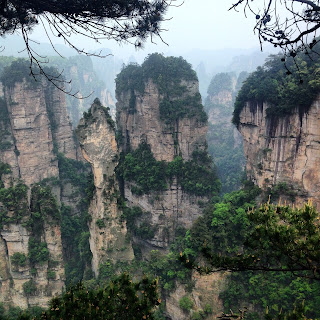 It was a lot of walking but the effort made the views that much more rewarding.
Since I'm pretty sure the Chinese government would deny any requests to build a human size nest in the park, we had to leave. Five days and four nights on Yangtze River is next!﻿
Posted by Christy at 5:05 AM