We loved Bruges! It truly is a fairy tale and I can see why anyone would think it to be an appropriate place to see before they died. We arrived in the early evening and even though our room at the bed and breakfast had a split level toilet and bed design, it was a great location right by the canal and an easy walk into the city. The first evening we found a quiet pub and had a pint of Belgian beer before we had a cheap dinner of sausage and the famous Belgian fries. 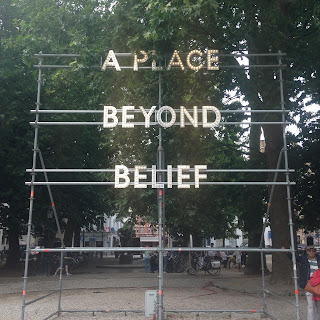 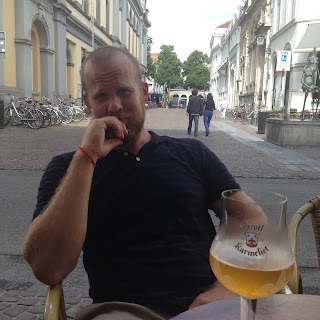 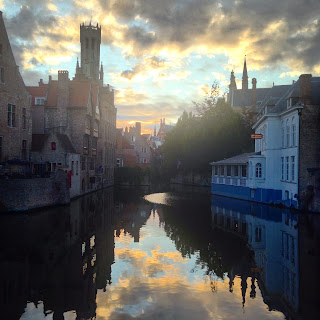 
The next day, I watched the swans in the canal pruning and diving for fish in the morning before we started exploring. We began by making reservations for a brewery tour and then visited the cathedral that houses the only Michelangelo sculpture outside of Italy, and then had lunch at a little soup shop. After the brewery tour, we walked along the canals and perused the open air market. Then it was a quick nap before dinner on the canal and an impromptu sing-a-long concert in the square. We did not realize that we planned to be in Belgium during their independence day. As part of the celebration, there was a large stage in the main square and a band playing a variety of songs, with the words printed in pamphlets for the crowd to sing along with. We didn’t need the pamphlet when they played Proud Mary and we belted it out with the rest of 'em. 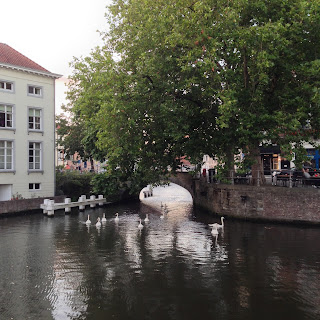 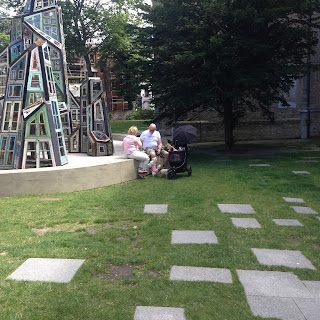 So, these people had like 7 dogs in that cart... not a baby. 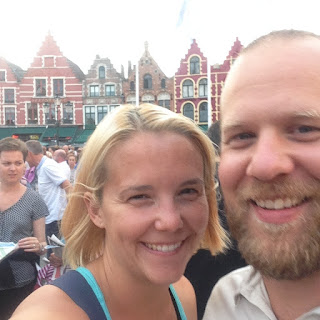 After breakfast the following morning, we hoofed it to the train station and headed to Brussels.
Posted by Christy at 10:01 AM