We left the land of cold and seemingly eternal sunshine for the land of the Dutch! First stop was, of course, Amsterdam. Or, A’dam. For the purposes of this post I don’t feel like it is necessary to abbreviate so I will use the whole and proper name throughout. We didn’t arrive until close to 10 pm and were in awe at the night sky. Stars, where have you been? Just kidding, that makes it seem as though Norway was some desolate, yet sunny place. While the sun was out 19 hours a day, it was rarely sunny and Norway is anything but desolate. Nonetheless, we made some (quite funny) jokes about the fact that it was 10 pm and actually dark outside.


In Amsterdam, we stayed for five nights in a fun little place called a wagonette. We were still at a campground with shared bathrooms and a common kitchen space but we had a solid roof over our heads and real beds, even if in the form of a bunk bed. 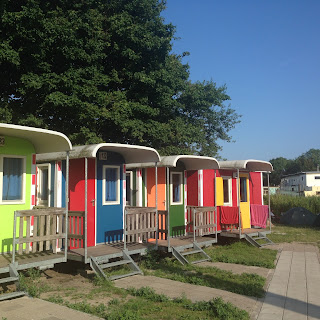 Amsterdam/Holland is the first place we have been that I have visited and Jared has not. Now, it’s been a long 11 years since I was there but at that time I visited some of the major attractions. It’s a good thing I have a bad memory because I was pretty much game to visit anywhere Jared wanted to go. We left about midday the day following our arrival to go to the Rijks Museum and wander through the streets and canals. The Rijks Museum is home to some of the most famous works from the Dutch masters. It is highly regarded and it is easy to see why. The paintings housed there are different from those that we saw in Italy in both style and subject matter; much fewer scenes of the Passion and more portraits and still-lifes. 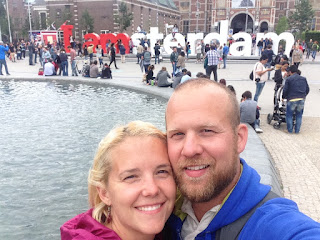 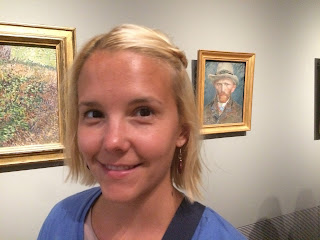 Van Gogh and I
﻿
The next day was a true ‘site-seeing’ day. We wandered around between Central Station and The Red Light District enjoying the old buildings, variety of shops (we found a whole store dedicated to Ben and Jerry’s) and the general scenery of the city. We went to the Anne Frank museum, but the line was too long and the time was too close to closing. Apparently, if you want to reserve a ticket for a specific time you have to book it months in advance. When it was close to dinner time, we headed back to our campsite with some groceries to cook for the evening. It was this evening that we discovered the deliciously Dutch stroop waffles. These are two incredibly thin waffles with a thin layer of caramel between them. They are delicious. One of us probably ate close to half his weight in stroop waffles. I won’t say which one to protect his identity. 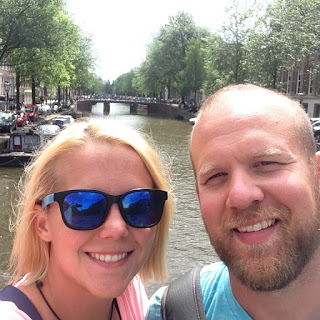 
Our third day in Amsterdam we spent being huge lazies. It was raining so motivation was low and we decided to stay in and trip plan and watch Dr. Who all day. We definitely made up for it the following day though. It was bike day! We rented bikes from our campsite and headed to Amsterdam Noord. We biked a total of about 40 km and passed through small little Dutch villages and went by some windmills. At the end of the day, we felt very Dutch. Thanks to Grandma and Grandpa Brooks for the wonderful Christmas gift! 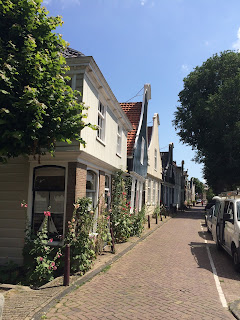 The quaint street we biked down 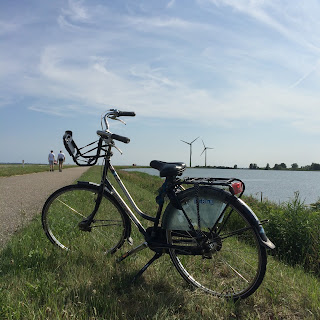 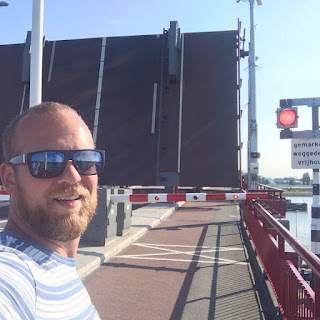 
The next day we continued our Holland experience by moving on to The Hague.
Posted by Christy at 10:17 AM