Before we made it to Aviemore for the Gentlemen of the Road Festival, we made a pit stop at Stirling Castle, considered the only real rival to Edinburgh Castle for the title of most important castle in Scotland. 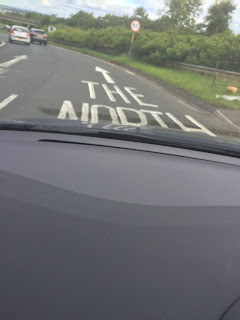 Only two directions to go in Scotland: England or THE NORTH. 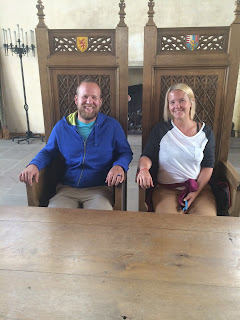 King & Queen in the Great Hall at Stirling 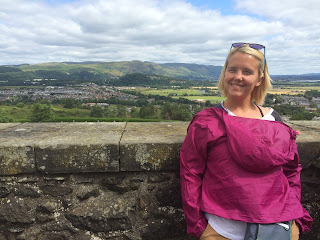 From Stirling Castle (also on a hill), in the background is Stirling Bridge, where Mel Gibson won the Scots their independence. 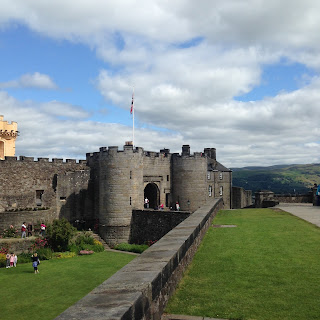 The entrance is pretty grand 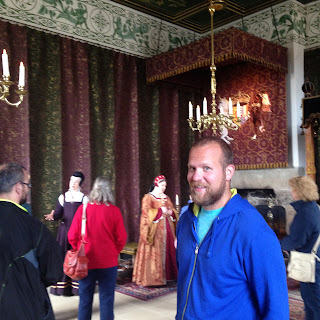 Reinactors are just a little off-putting

Aviemore. Aviemore. The best word I can think of to describe our three days in the Cairngorms National Park is….mud. We were in a field camping with more than 5,000 other people, and that crowd plus the "worst summer Scotland has had in 30 years" equals a whole lotta mud. Luckily, the first full day there, before it got too muddy, I was able to buy some Wellies (rain boots) or I would have ruined my only pair of shoes. Jared did end up ruining a pair of his shoes but he was in need of a new pair anyway, so it wasn’t a huge loss. There was so much mud, I am typing this several weeks later and I still laugh at how crazy the mud was. Unfortunately, I don’t think we got a very good picture of all the mud. But, I’m sure you can use your imagination. However, despite all of this mud, we still managed to have a pretty good time. We did lots of cuddling in the tent and lots of laughing and the music was pretty good as well. Most of the time when we go to concerts I get annoyed at Jared for looking up the playlists in advance and making a Spotify station based off of those lists. This time, I was thankful for the list since neither of us were really familiar with any of the artists besides Mumford & Sons. Our car had an adaptor so we were able to listen to the music while driving and it allowed us to better appreciate the acts during the festival. 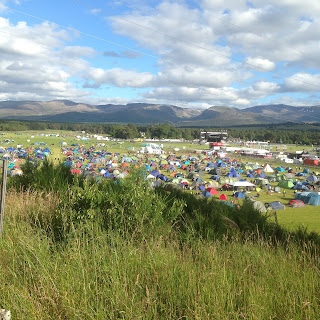 This is Day 1. Some things just don't last, like sunny weather and a not-too-crowded field. 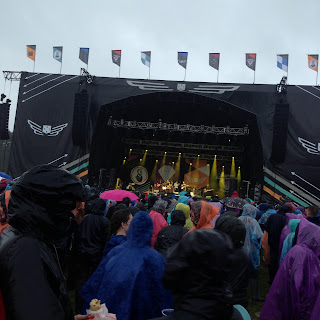 The crowd still gathered in the rain 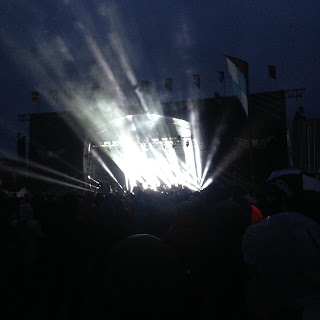 The lights at night 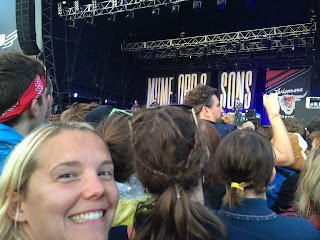 We got pretty close! 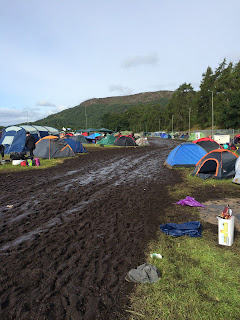 This was actually one of the roads less traveled around the campsite.


We also managed, that first day, to sneak away for a little bit and visit the Highland Folk Museum and go for a quick hike. 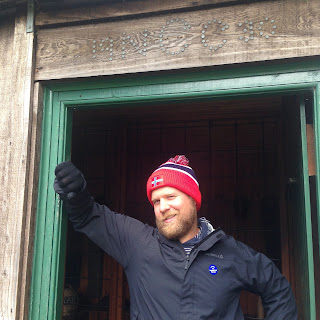 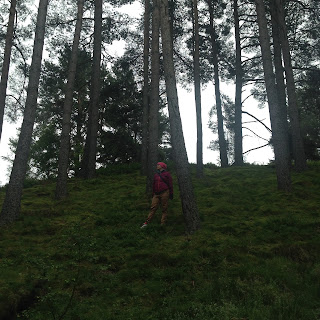 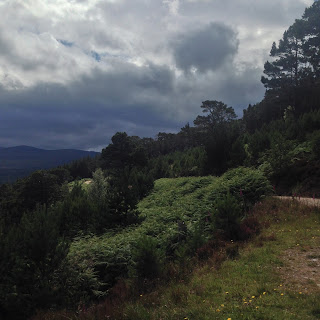 The scenery was gorgeous
After we left our mud pit, we started towards the heart of The Highlands. Based on what a store owner told us, this was one of the busiest weekends of the year in the area. There were several different Highland Games competitions going on and all of the schools were on vacation so there was a high volume of visitors. This was very obvious when we were trying to find accommodation. EVERYTHING I searched for that was even near our price range was booked. That included most of the campsites as well. Finally, I found a room at a bed and breakfast in a coastal town called Lossiemouth, just east of Inverness. On our way to Lossimouth, we stopped at Ballindalloch Castle, a castle still inhabited by the founding baronet family. It was a beautiful estate and a thankfully beautiful day. We also mad a stop at the Glenlivet distillery where we learned about the famous Scottish whisky. Then, we beelined for our hotel and enjoyed a nice, hot shower that we didn’t have to wear sandals in, a toilet that wasn’t portable and muddy, and a soft, comfortable, warm bed. Oh, and internet! ﻿ 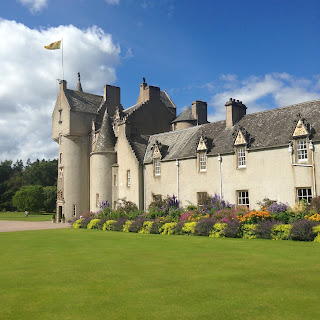 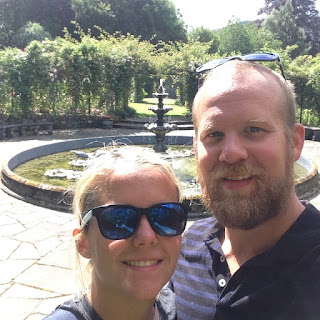 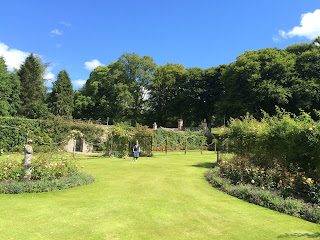 So green!
The next day we had to do laundry and then wandered towards Inverness and Loch Ness!
Posted by Christy at 11:47 AM