I titled this post the Highlands because, even though we technically were in the Highlands while in Aviemore, we didn’t do much exploring outside of the music festival. Our two days in the Highlands we visited several different sites but not really any specific city. We started by visiting Ft. George, an impressive fortification built in response to the Jacobite uprising in the mid 1700’s. It is still in use today and also has different museums and exhibits. The fort is symmetrical and unique in that it was designed by a fashionable architect family in conjunction with the King's Military Engineer. 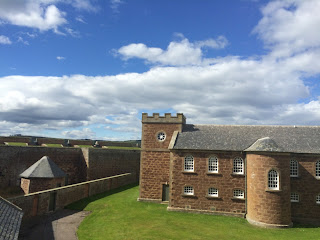 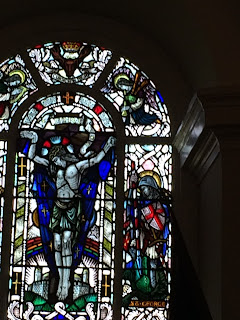 At the chapel in Ft. George, the upper right is an angel playing the bagpipes.
After Ft. George, we made it to Culloden just in time to go through the exhibit and visit the battlefield. This battle marked the end of the Jacobite uprising and was a disastrous defeat for the Highlanders. It was after this battle that the English forces effectively ended clan culture in the Highlands. Those in power thought it too risky for the clans to continue in their current state, so there was a campaign which resulted in the death or migration of the many Highland Scots. 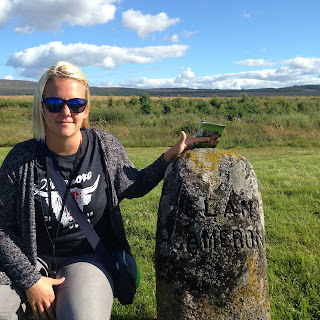 
Before finding our dorm room for the night, we stopped by Clava Cairns. These are ancient stone circle graves. Part of what I find so intriguing about places like this is that for centuries no one bothered the structures. Gratefully, at some point a landowner even planted trees around the perimeter to further protect the graves. 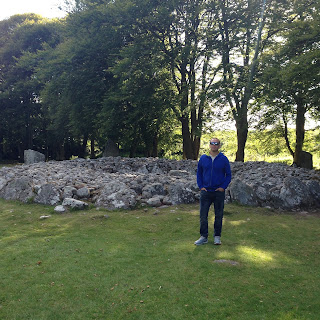 That evening we drove along Loch Ness to a hostel just off the road and stayed in a dorm for the evening. Dormitories are never ideal but this place also had an awesomely huge kitchen in which we cooked some delicious dinner and breakfast. In the morning we had to back track some to visit Urquhart Castle. This was a place that had been recommended to us by several different people and was high on our priority list. Unfortunately, it was a little disappointing when we arrived. The castle is largely in ruins, and although on a very scenic spot it was not a very important defensive spot and so does not have a strong history behind it. We did some monster watching though and didn’t see a trace of neither head nor hide of the beast. 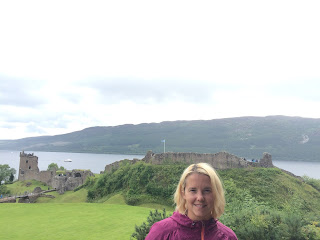 
To finish up our time in the Highlands, we had two more stops: the Cameron museum and the Glenfinnan viaduct. My maiden name is Cameron and, although the name was originally spelled Camron on my grandfather’s birth certificate, the little bit of research I have done convinces me that the two names and families are certainly linked (if not the same), and in fact it is probable that there was a misspelling on the original birth certificate. Either way, I was in the Highlands so why wouldn’t I go take a look?! The museum was very small but on the original Clan lands. There were also genealogy papers, though not well organized, and since I had no idea where to even start and limited time I couldn’t sift through all of the information. After seeing the land of my Scottish people, we went to take a peek at the Glenfinnan Viaduct. This is the railway that is used for the Hogwart’s Express shots in Harry Potter. We were trying to make it when the train was going over but I think we missed it by no more than a half hour. The viaduct itself was still pretty neat to see and we were satisfied with our Highland adventure. 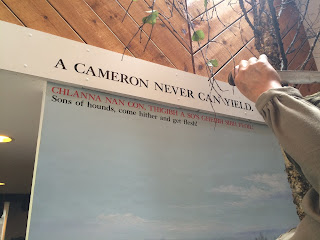 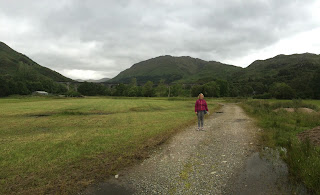 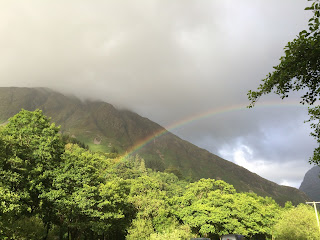 From our campsite in Glencoe


We stayed over that night in Glencoe, and left the next morning for our next stop, Glasgow!
Posted by Christy at 11:47 AM