In Glasgow we were the first AirBnB tenants for a lovely couple. Loz and Rob have a great apartment in a great neighborhood and we were even able to use their facility pool and gym. It was so nice to sleep on a real bed and workout in a gym! Our first night there, we went to a restaurant at their recommendation and the food was delicious, plus we were also treated to a little bit of live music. We accidentally slept until close to 9 the next morning and had to get our butts in gear to eat breakfast and get out the door so we could explore the city. We visited two different museums, the Kelvingrove and the Mackintosh House, both free (as most museums  in Britain are), then went to Brewdog, an internationally famous brew pub, and a scotch bar (I abstained from the scotch, not my thing). We then went back to the apartment and enjoyed some conversation while cooking dinner. The next morning, it was a quick exercise and then we headed toward the Lake District, but on our way we made a stop at Birdoswald Fort and Museum, a ruined fortification along Hadrian's Wall, the famed (and also ruined) wall built by the Roman Emperor to keep those rowdy Scots out of Roman Britain. 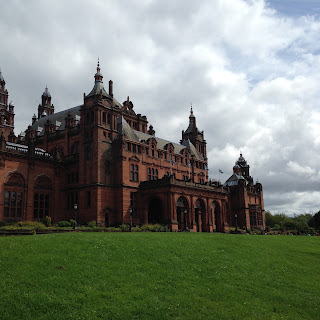 The Kelvingrove was originally built for an international exhibition in Glasgow. 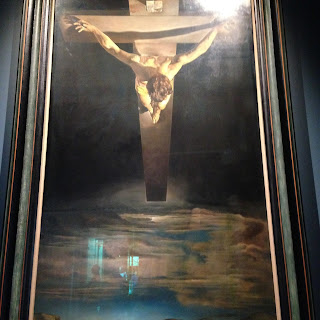 Dali's Christ of St. John of the Cross 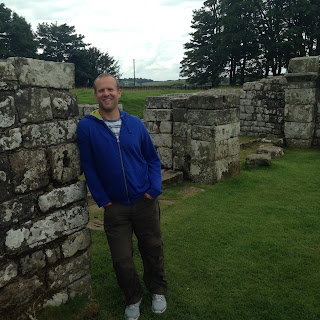 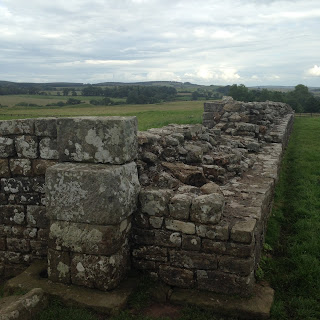 
The Lake District is a popular tourist destination for Brits as well and it was obvious to see why. It's a gorgeous area with large, rolling hills spotted with pretty blue lakes. Luckily, the weather cleared up for us and we had a beautiful night camping there. We woke up early the next day and got in a good 4 hour hike before going to see a football match (soccer game). Jared had wanted to see two soccer games while we were there, one from the League Two (like their minor league) and one from the Premiership (the top league). We went to a League Two match at Accrington Stanley. The stadium was surprisingly cozy but the crowd was active and the weather was nice, so it was a fun experience. 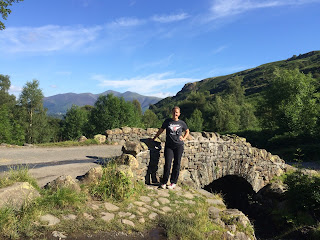 We hiked and found this bridge in the morning 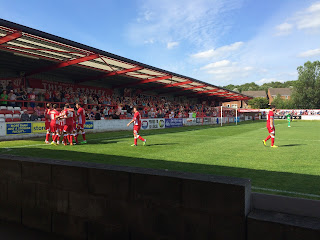 Easy to have good seats when there are only 7 rows!

After the soccer game we headed to Liverpool!
Posted by Christy at 11:47 AM