We landed in the land of our people at the early hour of 7 am. We were quite tired but very excited to be in the UK. The itinerary was extensive so we decided to avoid some of the limitations of public transportation by renting a car. We picked up our little Ford and Jared hopped in the wrong side of the car and started driving on the wrong side of the road. I mean, it is the right side there, well the left side, but the right side to be driving on but it is the wrong side for us. This was only the second time in over 6 months that we were in a car and responsible for the driving of the car. It was nice, however, to have the freedom it offered and to essentially have a whole extra car sized suitcase for the next month. 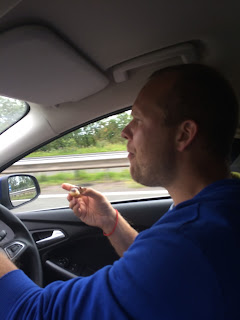 Eating Reese's on the wrong side﻿ 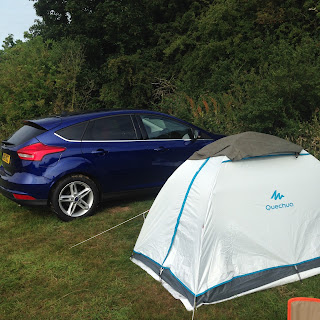 This is the best photo we have of the Ford.
We had to buy some more supplies for camping, so we headed to the store and found a place for breakfast along the way. A Full British Breakfast consists of a fried egg, a sausage, a piece ("rasher") of bacon, toast, a grilled tomato, sometimes mushrooms, aaaand beans! Beans for breakfast, well... ok? This is actually something we discussed with two British guys we met in Thailand and when we told them that we wouldn’t dream of putting beans on a breakfast plate they asked us when we ate them. They couldn’t imagine eating beans at a BBQ, so I suppose we are as equally puzzling to them as they are to us in the bean consumption department. 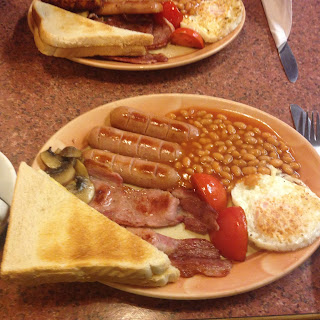 
The rest of the day we made ourselves stay awake by wandering around Manchester. We walked through the large city hall, spotted some art nouveau buildings, and visited the collection at the John Rylands Library, all in the light rain. Then we drove on over to Stamford Bridge near York and set up our tent and home for the next three nights. 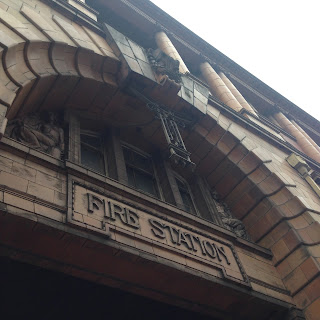 An old fire station in Manchester 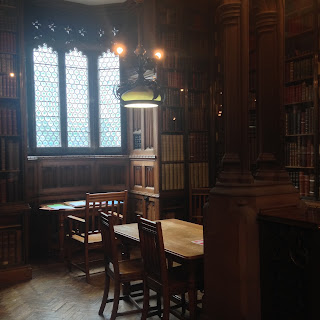 The library sitting rooms were so cozy 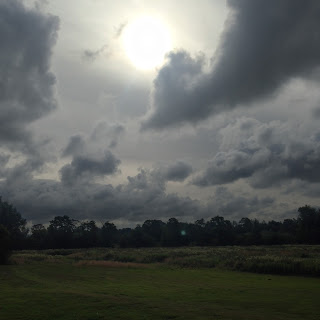 The view from our tent!


The following day utilized the Park'n'Ride into York city center. This little city is just magical and full of history, and was a great place for us to start our adventure through the Motherland. We took a wonderful two hour free tour through the city with a guide who has his Masters degree in English history, and then managed to get tickets to a little comedy show that was part of a festival in town. Most of the jokes were about  British pop culture so we were a wee bit lost but it was entertaining enough for the money. Dinner was at the campsite that night, but don’t feel sorry for us. I call Jared my fancy camper because he refuses to eat traditional, cheap camp food. No warming up cans of soup for us. Gourmet all the way. 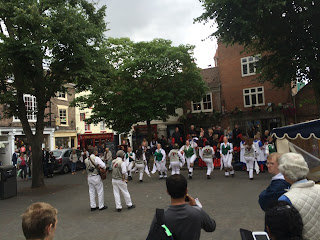 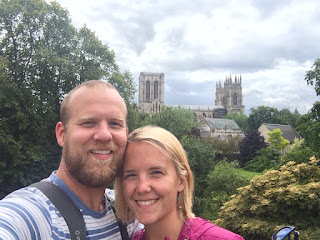 From the top of York city walls
The next morning we rode the bus back into York and our first stop was at Clifford’s Tower. This is all that remains of a previous castle, and it was here we joined the English Heritage organization! For a substantial fee, we joined the organization which provided free entry (and frequently free parking) to a number of places in England, and a reduced entrance for several places in Scotland as well. It was well worth the investment and saved us at least $50 each by the time we left the UK. After that, we toured the magnificent York Minster, one of the biggest cathedrals in Northern Europe and the seat of the archbishop of York, the second highest position in the Anglican Church. It was raining (a state we would become quite used to by the time we left the UK) and so we had intended to eat dinner at the pub near where we were camping. However, as we discovered the hard way that the pub stopped serving food at 5 pm on Sunday. We “settled” for Indian food instead. 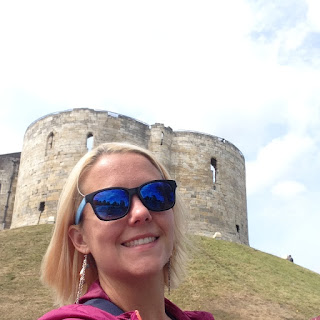 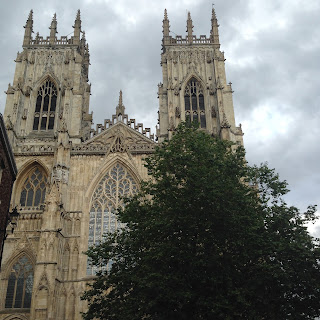 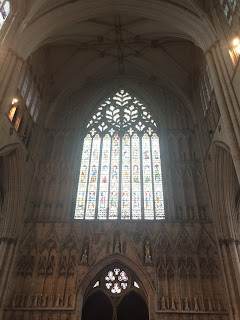 The West window inside the minster, known as the Heart of York.


The next day we left our campsite and headed north towards Scotland!
Posted by Christy at 11:47 AM