Everyone told us before we got to Brussels that there wasn’t much to see besides a statue takin’ a piss. Literally, that is what they said, I wasn’t just being crude. That's because the main tourist attraction is a statue called Manekin Pis and is a little boy peeing into a fountain. There are several legends about why such a statue was made but no matter the origins, he is a famous little boy today. He also always gets dressed up, and while we were there a science expo also in town, so he was Einstein. We found other attractions while we were there, of course, and the first day we saw quite a few. We visited the Cathedral of St. Michael and St. Gudula, the main square (Grote Markt), a famous brew pub and had some yummy Belgian food. 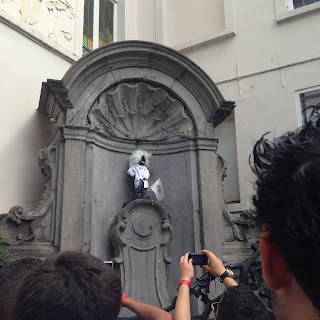 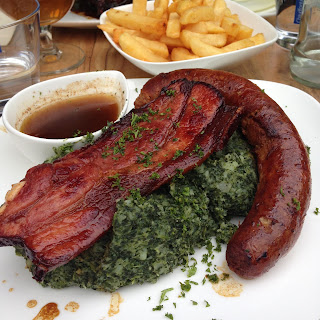 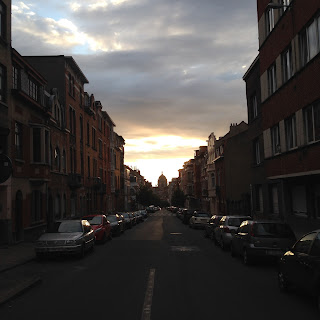 And, a Brussels sunset


The second day we got our Belgian chocolate fix, visited the Royal Palace and the Palais de Justice. We also visited a museum called the Horta Museum. This is the architect Victor Horta's former house and an example of Art Nouveau style. We then mosied around a park and enjoyed some of our chocolates before we went back to our ‘inn’ for the night. Based on a recommendation from a fellow traveler in Norway, we stayed at a low-budget all inclusive place in Brussels called FunKey Inn. It was a switch up from our normal accommodations and we had a nice, spacious room with lots of free food and drinks! 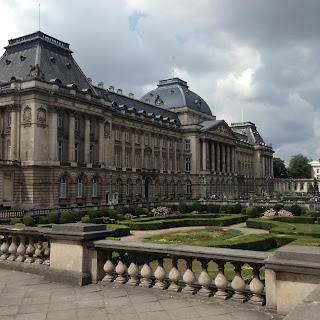 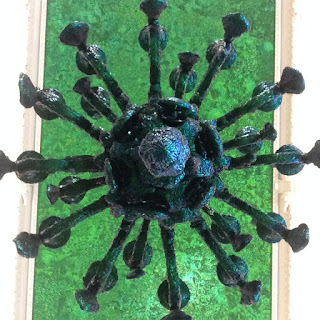 It's hard to tell but there was a bug expo at the museum and the chandelier is covered in tiny beetle shells. 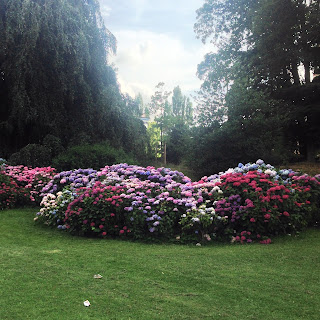 Hydrandgea bushes in the park

After Brussels, we flew to the Motherland! Yea, Britain, baby.
Posted by Christy at 10:01 AM